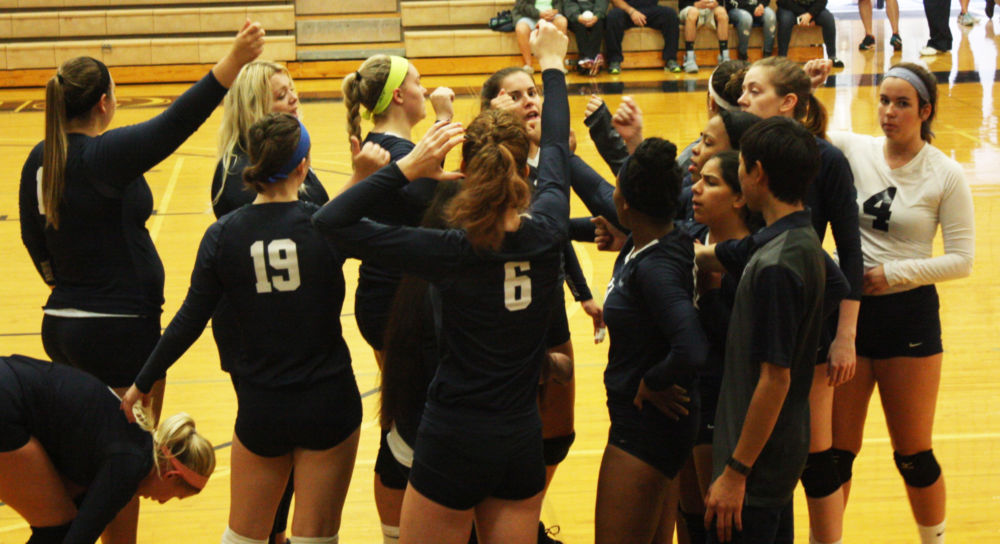 Now in its seventh year, Dig Pink Weekend helps raise money and awareness for breast cancer research through donations to the Side-Out Foundation. The Brandywine volleyball team has raised over $1,000 each of the last three years.

Overall, Brandywine went 6-0 last week and now owns a 13-2 record overall. The Lions are the only team without a conference loss, sitting at 7-0. Brandywine will face Penn State Mont Alto on Thursday and visit Penn State York on Saturday.

Both of Brandywine’s soccer teams also remained undefeated in conference play. The women’s team blanked Penn State Schuylkill 4-0 on Wednesday, winning their 15th-straight match against a PSUAC foe. Overall, the women’s soccer team is unbeaten during their last 18 regular-season matches, including a 6-0-1 mark this season. The 18-match unbeaten streak is tied for the fifth-longest active streak at all levels of collegiate women’s soccer.

The men’s soccer team went 3-0 last week, outscoring its three league foes by a combined score of 26-1. Brandywine is one of three teams without a conference blemish in men’s soccer and will face off with another unbeaten, Penn State Greater Allegheny, on Saturday at home.

The men’s and women’s soccer teams will also host a doubleheader on Wednesday against Penn State Hazleton.

The Brandywine golf team competed twice last week, finishing fifth at the Hazleton Invitational after placing eighth on Penn State’s White Course at the second PSUAC Invitational of the season. Freshman Brad Dawson continued to lead the team with rounds of 80 and 88, respectively, last week.

The Lions have one more tune up this week at the Wilkes Barre Invitational before playing at the PSUAC/USCAA Championships in State College next Monday and Tuesday.

The Brandywine women’s tennis team opened its fall season with a pair of setbacks last week. The Lions were swept by DeSales and Cedar Crest, while the men dropped a narrow, 5-4 decision to DeSales.