Penn State Brandywine is located in Middletown Township on PA Route 352 just north of the Granite Run Mall, one mile north of US Route 1 (Baltimore Pike) and six miles south of PA Route 3 (West Chester Pike). The campus sits on a 112 acre site about 20 miles west of Philadelphia and four miles west of Media. Interstate 476, the Mid-County Expressway (known locally as the "Blue Route") has made the campus even more accessible from all parts of the Delaware Valley. You can get to the campus from downtown Philadelphia in 30 minutes using I-95 and I-476. The main entrance to the campus is on Route 352 at Campus Drive.

From the Pennsylvania Turnpike (West)

Take the Pennsylvania Turnpike to the Downingtown Interchange (Exit 312). After you exit the turnpike, take Route 100 south. Cross Route 30 (Lancaster Pike) and get into the left-hand lane and follow the signs for 202 south, Wilmington. From 202 south, take the exit marked Route 3 east, Newtown Square (this is the second exit after you get onto Route 202). Stay on Route 3 until you reach Route 352. Turn right onto 352 south. There is a light at the intersection of Routes 352 and 3.

The campus is about six miles further on Route 352 on the right-hand side of the road. Turn right at the traffic light at Campus Drive to enter the campus. If you pass a 12-story white building on the right, you have gone too far—turn around.

Take I-476 to Exit 5 (US 1, Lima, Springfield). Follow signs for US 1 south. Continue on US 1 south; the highway will narrow and merge onto another highway. Stay in the right lane and follow signs for Route 352 north. Follow Route 352 for about 1.5 miles. Penn State Brandywine is on the left. Turn left at the traffic light to enter the campus.

From Philadelphia via US Route 1 (City Line Avenue)

Take Route 1 south from Schuylkill Expressway (I-76). After crossing Route 320 in Springfield, Route 1 becomes a limited access highway. Continue on Route 1 to Route 352 north. Follow Route 352 north for about 1.5 miles. Turn left in front of the campus at the traffic light to enter.

From Philadelphia via Baltimore Pike

Follow Baltimore Pike through Media. The Pike becomes Route 1 just south of Media. Take the first exit (Route 352 north). Follow Route 352 north for about 1.5 miles. Turn left in front of the campus at the traffic light to enter.

From Philadelphia via I-95

The 110 also makes a connection with the the 101 Trolley and the R3 Rail Line in Media, and at the Granite Run Mall, where you can also make connections for the Route 117 Bus from Chester.

Call SEPTA at 215-734-1300 or visit http://www.septa.org/ for information regarding schedules and routes. 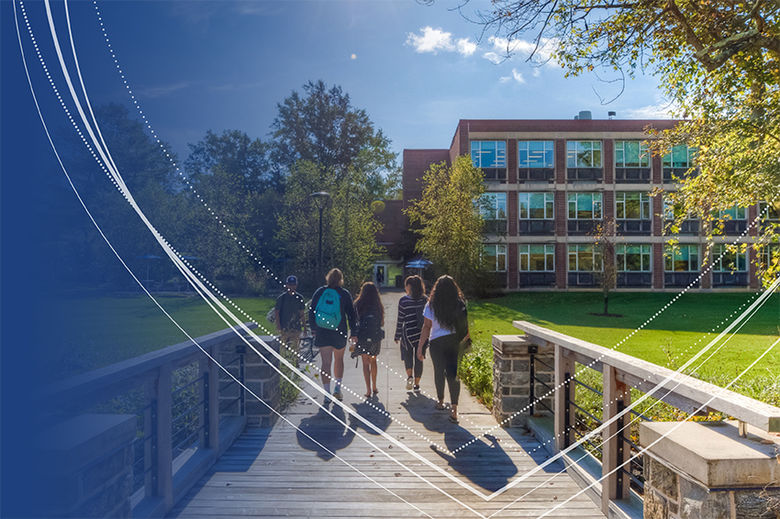