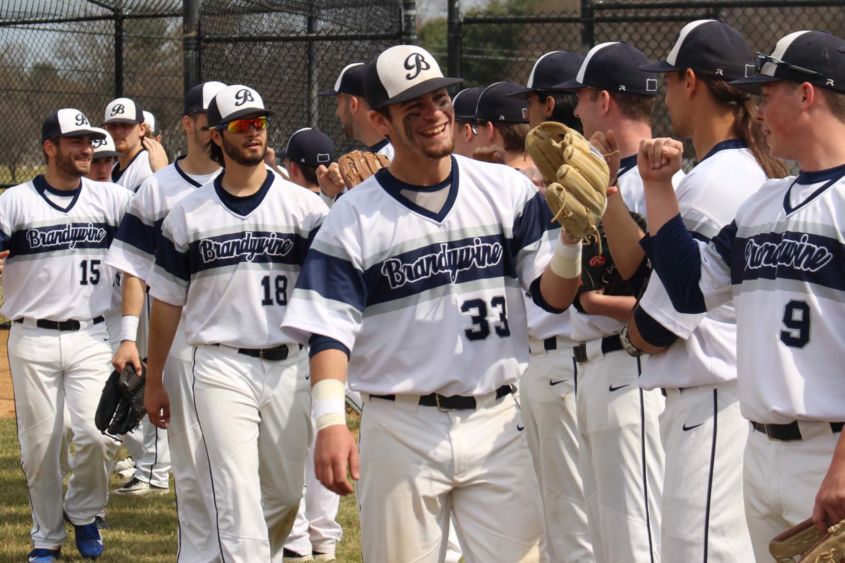 MEDIA, Pa. -- The Penn State Brandywine baseball and softball teams will both be top seeds when the PSUAC Tournament begins this week in Scranton, while the Lions’ track & field team closed out its inaugural season by finishing fifth at the USCAA Invitational on Saturday.

Brandywine is the only school sending both its softball team and baseball team to the PSUAC Tournament.

Softball finished as the top team in the PSUAC during the regular season for the third-straight year and will look to become the first team from Brandywine to win three consecutive conference titles in any sport.

Under the direction of Head Coach Mark Caserta, Brandywine won 15-of-16 conference games this spring, outscoring league foes by a 174-25 margin. The Lions won 19 games overall, including four-straight to end the regular season.

Brandywine will face Penn State Fayette in its tournament opener on Sunday afternoon at 1 p.m. Fayette advanced to Scranton by defeating Penn State New Kensington 6-0 last week. Brandywine and Fayette did not meet during the 2017 regular season, but Brandywine has outscored Fayette 60-2 in sweeping four games since the beginning of the 2015 campaign.

Penn State Hazleton and Penn State Beaver will meet in the second game of the tournament. Hazleton handed Brandywine its only conference loss of the season, while Beaver took first place in the PSUAC West Division.

Baseball tied Schuylkill atop the PSUAC Eastern Division standings, but claimed the No. 1 seed after winning two of three games against Schuylkill during the regular season. The teams battled to a doubleheader split during the final day of the regular season as Brandywine clinched the top spot after posting a 3-1 triumph in game one.

Brandywine has reached the PSUAC Tournament during five consecutive seasons, but is still in search of its first conference crown. The Lions started slowly under first-year head coach Vinny Gallo, but rebounded to win 14 of their final 19 games.

Track & field concluded its first season as a varsity sport on Saturday at the USCAA National Invitational. The Lions’ men’s squad compiled a total of 41 team points, finishing fifth overall.

In addition, sophomore Nate Sobers posted fourth-place showings in both the 200-meter and 400-meter races.

Brandywine was the top team finisher among the PSUAC schools in attendance and ranked in the top half of all USCAA teams during its first season as a varsity squad.