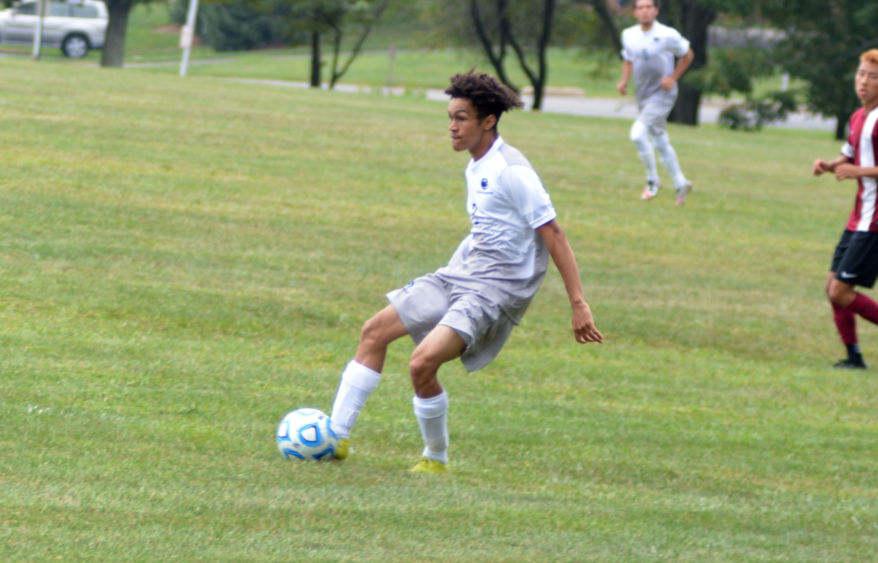 Brandywine’s three fall PSUAC team sports, volleyball, women’s soccer and men’s soccer, are all undefeated in conference play and sit atop the league standings as we head toward the end of the first month of competition. The trio of teams are a combined 12-0 against the PSUAC this fall.

After winning its first two PSUAC games by an average of 11.0 goals, the men’s soccer team survived a scare at Penn State Beaver on Saturday. Senior Bill Walleekendeh, the nation’s leading scorer at all levels of college soccer, netted the first two goals of the game, but Beaver equaled the score in the second half to force overtime. However, just 1:52 into the extra session, freshman Trevin Jones deposited the game-winning goal for Brandywine, sending the Lions to their fourth-straight win.

The overtime winner came nearly two years to the day of the last overtime victory for Brandywine (Sept. 20, 2014), which came by an identical 3-2 score at Beaver.

Brandywine is the lone team in PSUAC men’s soccer without a conference loss. The Lions own a one-game lead in the loss column over Beaver, Hazleton and Greater Allegheny with games against the latter two schools coming up in October.

During the upcoming week, Brandywine will travel to Delaware Valley on Tuesday for a non-conference game before hosting Penn State Wilkes Barre on Saturday evening.

Women’s soccer continued to hammer its opponents, winning by scores of 10-0, against Greater Allegheny, and 7-1, at Beaver, last week. The Lions are now 4-0 in conference play and have outscored opponents by a 33-1 margin.

Freshman Brianna Banks scored six times in the win over GA to set a new school record and has netted at least one goal in each of Brandywine’s six games. Sophomore Arianna Segich recorded a hat trick in the triumph over Beaver, the first of her career.

Brandywine and Schuylkill are the only two unbeaten teams remaining in the PSUAC with a showdown at Brandywine upcoming on Tuesday, Oct. 4. Prior to that contest, Brandywine will host Hazleton on Thursday.

Volleyball escaped with a wild, five-set victory at Mont Alto on Tuesday night. Four of the five sets needed extra points to be decided, including the final frame, won 18-16 by Brandywine.

The Lions have now won 23-straight conference matches dating back to last year and are one-of-two unbeaten teams in the conference. Brandywine faces Fayette, the other undefeated school, on Sunday during the conclusion of a five-match week. The week kicks off with a home game against Schuylkill on Tuesday night.

The cross country teams got their first taste of PSUAC competition this fall at the Mont Alto Invitational on Saturday. Mont Alto will also host the conference championships in just over one month.

The Brandywine women finished second, while the men took third. Freshman Anya Tyler took second overall, her third top-10 finish of the season, and the men placed two runners in the top 10 – sophomore John Li in fourth and freshman Alex Troncelitti in sixth.

The cross country teams are idle until Oct. 8 when they will travel to Allentown for the DeSales Invitational.