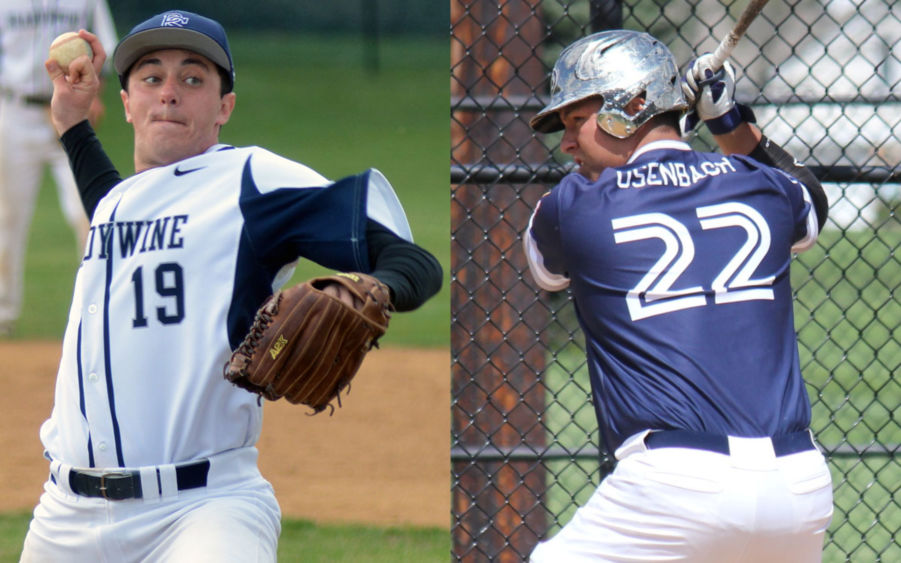 MEDIA, Pa. -- Penn State Brandywine seniors Brian Bosco and Tom Osenbach both earned top billing the in Penn State University Athletic Conference as Bosco was selected as the conference’s pitcher of the year and Osenbach was named hitter of the year when the league released its end-of-year awards on Sunday night.

Bosco posted a 4-0 record with a 1.44 earned run average and four complete games in four regular season starts against PSUAC competition. Overall, he owned a 5-3 record in nine appearances (eight starts) and recorded a team-best 32 strikeouts in 49 1/3 innings. This spring, he tallied career best in wins, innings pitched and ERA (3.72).

A four-year member of the Lions’ baseball team, Bosco completed his career with 13 victories and 107 strikeouts during 34 appearances on the mound.

Osenbach, now a four-time First Team All-PSUAC honoree, was one-of-two players in the conference with 50 hits this season. He finished in the top 10 in the league in nine different offensive categories, including RBI (27), batting average (.413), on-base percentage (.493) and total bases (66). A starter in all 39 games, Osenbach also registered 25 runs scored and 12 extra-base hits, including a team-best four triples.

Also a two-time USCAA All-American, Osenbach completed his four-year, standout career with 178 hits, 122 RBI and a .412 batting average in 138 games.

Trainor had his best season at Brandywine this spring as he posted career-highs with 33 hits, 18 runs scored, 19 runs batted in and a .337 batting average in 36 games. He recorded nine multi-hit games, including four three-hit performances during a five-game stretch from April 17-23. Trainor also finished second in the league after being hit by a pitch 10 times and led the conference with five sacrifice flies.

In 78 games over the last three seasons, Trainor collected 54 hits and 36 RBI.

Medrano hit .265 with 16 RBI, 20 walks and a .441 on-base percentage in 31 games this spring. Fifteen of his 22 hits came in conference games. He also caught four runners stealing as the team’s top catcher.