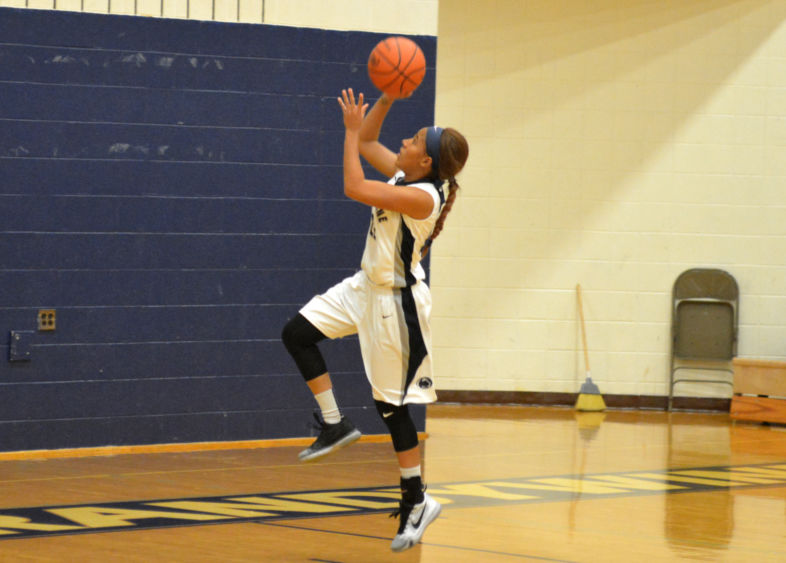 Hinton's 1,000th point came at the 5:50 mark of the first quarter when she grabbed a steal and went coast-to-coast, sinking a fast-break layup. She finished the contest with 15 points, giving her 1,009 in her career, while also dishing out four assists in 15 minutes of action.

Hinton was also a key cog during the Lions’ mid-week, 97-58 victory over Central Penn, producing a season-best 24 points, along with seven assists, six steals and five rebounds.

The Lions, who went 2-1 during a three-game week, upped their overall record to 8-5 this season. Brandywine begins the week in sixth place in the PSUAC with a 2-2 league mark and has 10 conference games remaining beginning with a weekend road trip to DuBois (Friday) and Fayette (Saturday).

Brandywine is entering a crucial portion of its schedule with 11 of its final 12 games against PSUAC competition. The top six teams at the end of the regular season earn a spot in the PSUAC Tournament. The Lions are tied for fourth in the league with a 3-2 conference record and are looking to reach the postseason for the first time since the 2012-13 campaign.