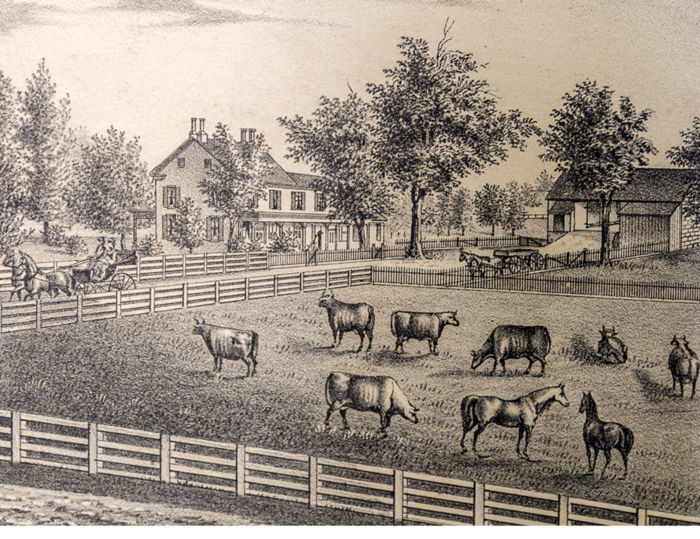 It is time to celebrate the future of Penn State Brandywine, with a new student union and residential housing which opened in time for our fiftieth anniversary in the fall of 2017.  But for that very reason it may also be time to discover the past:  what was this place, this neighborhood, before it was ours?  In the nineteenth century, on the very site of the student union between Vairo Library and Tomezsko, stood a stone farmhouse belonging to Thomas and Mary Worrall Pratt.  This website is dedicated to reconstructing their world amidst their neighbors in Middletown Township, Pennsylvania.

The Pratts’ dairy farm was green and quiet, but part of a changing world.  South of it in the 1850s ran Underground Railroad routes for fugitives from slavery, as well as a cluster of new mills for manufacturing cotton cloth.  Dairy farming too had become a large, profitable business; as Larry Smythe, Jr. writes in his Penn State Brandywine thesis, Thomas Pratt was an “enterprising man” as part of it.1   In the 1850s he turned to producing ice cream that was served near the courthouse in the newly established county seat of Media; the recently constructed train lines could also transport it to further markets.  Thomas had joined with Minshall and Jacob Painter, his nearby neighbors, in promoting this new town, even donating the trees that graced the courtyard square.  Together they belonged to the Delaware County Institute of Science, also now established in Media and a sponsor of scientific knowledge of all kinds. Together they supported the social changes going on around them.   Their enterprise extended widely.

In between the Pratts’ land and the Painters’ (now Tyler Arboretum) stood the old Meeting House where all these Quaker neighbors had come of age.  But it had divided bitterly on both the local and denominational levels into Hicksite and Orthodox factions in 1827; the Pratts and Painters both went with the Hicksites before opting out of formal religious community altogether.  The Pratts’ neighbors in the other direction—Humphrey and Catherine Yearsley, who operated the gristmill on Rocky Run serving all these farmers—sided instead with the Orthodox. In fact the previous mill-owner’s wife, Sarah Emlen, had for a time led in offering their property as an Orthodox meeting place.   In 1860 Thomas Pratt made his own offering to a divided neighborhood, founding a non-sectarian cemetery named “Cumberland” on family land that extended between the rival meetinghouses on Middletown Road. 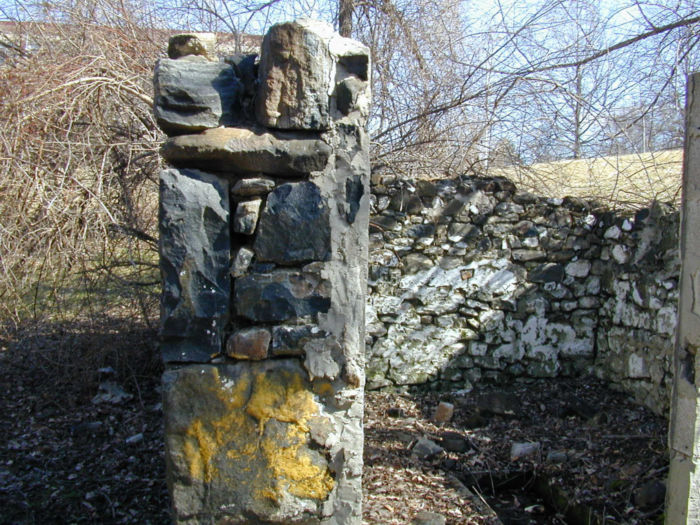 Not much remains of the Pratts’ farm itself—just a remnant of the springhouse that kept their dairy products cold, by the creek down the hill behind Main.  Probably by 1860 the sycamore tree in front of Main had already sprouted toward its present-day grandeur; later farmers let it thrive as a single tree with cultivated land all around it, and today it reminds us of growth from past to present.   Our campus founder, John Vairo, remembered the island of lilacs and fruit trees around the Pratt farmhouse when he first looked at the land in 1967.  But the house itself was a ruin, the foundation eventually bulldozed as fill for our parking lot, and nearby trees remaining until 2016 have been sacrificed in campus expansion.2   In honor of the trees, our new residence hall is suitably named “Orchard Hall.”

Despite all changes, however, Penn State Brandywine today is part of a surviving historic landscape.  We have purchased a section of the Emlen-Yearsley mill property, and its barn survives.   So do the two once-opposing Quaker meetings, and between them Cumberland Cemetery.  Two historic houses, fully restored and open to the public, are part of this story:  the Painters’ at Tyler Arboretum, less than a mile from campus, and Thomas Pratt’s ancestral home at Colonial Pennsylvania Plantation in Edgmont.  Most of all, these people survive through records of inheritance and dispute, newspapers reporting their triumphs and tragedies, and (for at least some) letters and diaries telling the story in their own words.

Over the past sixteen years, Penn State Brandywine American Studies students and faculty have often dug into this local treasure trove, and now we would like to share the results of our collective labor with the campus, university, and community.  Research by undergraduate students has made the project possible: in particular Schreyer Honors theses by Larry Smythe, Jr. and Eileen M. Fresta; independent studies by Gloria Boyd, Virginia Livanos, and Kevin Pistiner; internships by Eileen M. Fresta and Shannon Crowe; and student projects throughout this time in Phyllis Cole’s AMST 491 classes on “American Lives.”  Students of Larry Smythe and Laura Guertin have contributed further.3    Administrators George Franz, Kristin Woolever, and Lisa Marranzini have always been supportive, and Bill Tyson and Debbie Blanton have taken up the work of creating this website for the campus from our text.

Finally, Brandywine’s American Studies program would like to acknowledge the indispensable help and response of our neighbors in carrying out this work:  on the institutional level, Tyler Arboretum, Colonial Pennsylvania Plantation, Delaware County Archives, the Cumberland Cemetery Company and Monaghan Family, the Middletown Historical Society, the Delaware County Historical Society, Haverford College Quaker and Special Collections, and Swarthmore College Friends Historical Collection; among many individuals, Esther Darlington, Jared Darlington, Leslie Potter, Mary Anne Eves, and Pamela Harper.   In May 2017 the Delaware County Institute of Science graciously hosted a presentation by Smythe, Pistiner, Fresta, and Cole that was the personally interactive forerunner of our website.  Thanks to all.

We will tell in turn of the Pratts, the Painters, the gristmill families, the Friends’ Separation, the silent (and not-so-silent) women of this patriarchal society, and the Cumberland Cemetery.  It is tempting to call these people ghosts on our campus, especially with that cemetery so nearby.  But call them instead presiding spirits, venturesome people for all their flaws, who valued education and engaged in their local and national communities.  They are good ancestors to this campus of Penn State University.