MEDIA, Pa. — More than a month into basketball season, Penn State Brandywine has entered into its Penn State University Athletic Conference schedule as the end of the fall semester nears. Here is a look at the highlights from the first month of the men’s and women’s basketball season:

Brandywine has pushed its record above the .500 mark for the first time this season, now sitting at 5-4 after winning five of its last six games. The Lions rebounded from an 0-3 start to the year, picking up their first victory on Nov. 19 at the College of St. Elizabeth.

With games against Penn State Scranton (Dec. 7) and Penn State Schuylkill (Dec. 15) remaining on the slate before a break for the holidays, Brandywine, the two-time defending conference champion, sits in the top spot in the PSUAC East Division with a 3-0 record. The Lions have won all three of their league matchups by more than 20 points.

During the Lions’ most recent home game on Nov. 30 against Penn State Mont Alto, junior Nikki Velez became the ninth player in team history to reach the 1,000-point mark for her career. Velez, who matched a career high with 27 points and seven 3-pointers in the Lions’ 78-51 victory, is the second-fastest player from Brandywine to score 1,000 career points, doing so in her 64th game. Brandywine’s all-time leading scorer, Dana Johnson, needed just 50 games to score her 1,000th point in 2008.

Brandywine opened the season with an upset of NCAA Division III Widener, winning 87-79 on Nov. 8 for its first season-opening victory since the 2000-01 season. The Lions went 2-2 against Division III opponents before starting PSUAC play with a 68-82 home setback against Penn State Hazleton. Brandywine trailed by 17 points with eight minutes to play, but stormed back to tie the game with two minutes left before Hazleton answered with nine-straight points to claim the victory.

Currently, Brandywine’s overall record stands at 3-4, while the Lions own a 1-2 conference record. The team’s PSUAC triumph came over a strong Penn State Mont Alto squad that is 3-1 in the league by a score of 88-79. Freshman point guard Jacob Hunt contributed 32 points, a career high, in the win.

Brandywine will compete in five indoor meets during its second season as a varsity program, beginning Saturday, Dec. 8, at the Princeton Invitational. The Lions will travel to University Park for two meets in February, competing in the Sykes-Sabock Challenge Cup on Feb. 2 and the Penn State Tune-Up on Feb. 16.

Second-year head coach Tim Sanville bolstered his roster during the offseason with recruits, upping the team size to 20 student-athletes, 15 more than competed last winter. The winter season will help Brandywine prepare for the outdoor campaign in the spring, culminating in the USCAA Championships in April, where Brandywine has finished in the top 10 each of the last two seasons.

In addition, Brandywine sent four cross-country qualifiers to the USCAA national championships. Freshman Catharine Mooney posted the top finish ever by a Lion in the women’s 6K race, while classmate Brian Abel accomplished the same feat in the men’s 8K race.

Brandywine men’s golf, playing its second year since returning to varsity status, finished 17th at the USCAA National Championship in October for the second-straight season. 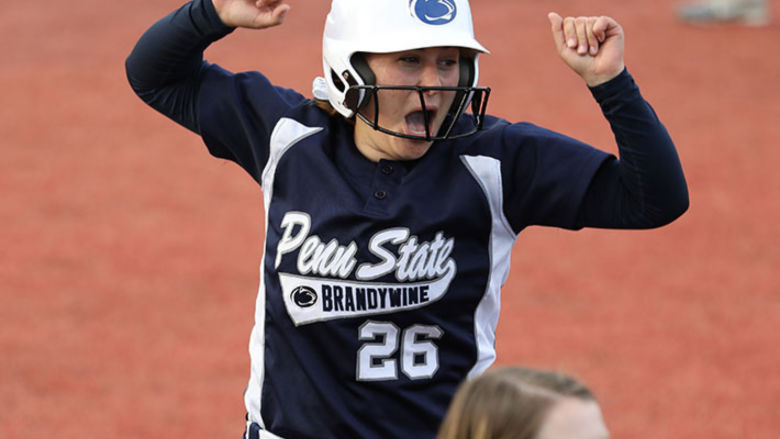