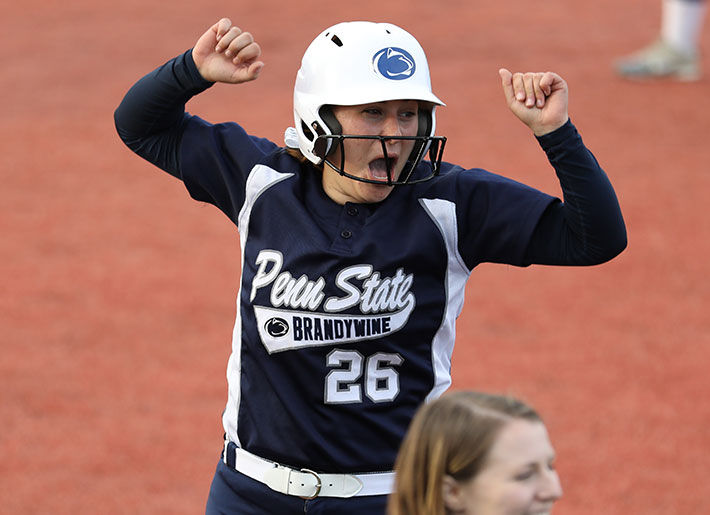 Since 1952, CoSIDA has honored the top student-athletes from all championship sports sponsored at the varsity collegiate level with the Academic All-American award. Malfara was one-of-12 second team selections from a pool of 45 candidates from non-NCAA institutions in the United States and Canada after earning First Team Academic All-District honors earlier this spring. Student-athletes must hold at least a 3.30 cumulative GPA, be at least sophomore academic status, and play a vital role on their respective team to receive consideration at the district level.

Entering her senior year in 2018-19, Malfara owns a 3.81 grade-point average as a biology major. During her time at Brandywine, Malfara presented research titled "The Single Mitochondrion of Crithidia fasciculata is a Dynamic Network" at the campus' annual Exhibition of Undergraduate Research Enterprise and Creative Accomplishment (EURECA), winning first place in the STEM category. She also showcased her studies of nuclear magnetic resonance at the American Chemistry Society's Middle Atlantic Conference. For her work, Malfara was awarded the D'Iorio Family Research Award at Brandywine's annual academic recognition ceremony in April.

Through three seasons with the Brandywine softball team, Malfara has appeared in 102 games in the outfield for the Lions. She owns a .306 career batting average after posting the top season of her career this spring, hitting .392 with one home run and 23 RBI in 30 games.

Malfara has helped Brandywine capture conference championships during each of her first three seasons. She will enter her final year at Brandywine needing 22 hits to reach 100 for her career.