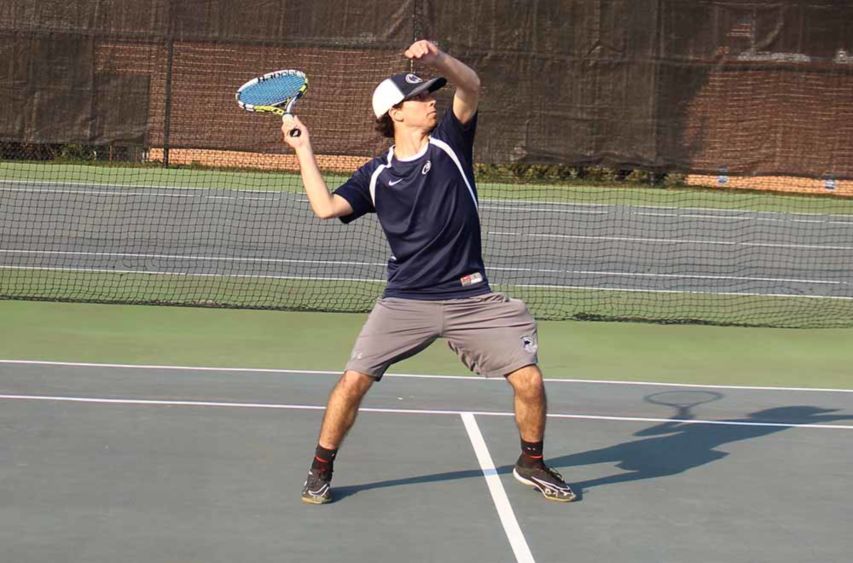 MEDIA, Pa. — The weather finally felt like spring for Penn State Brandywine’s athletic teams, as all six spring sports  approach the conclusion of the regular season.

Brandywine softball hammered NCAA Division III Eastern University by scores of 10-1 and 11-5 on Tuesday, April 10, during its only action of the week. The Lions’ offense collected 29 hits in the two games.

Sophomore Alexa Anderson led the hit parade with a six-for-seven day at the plate, while knocking in eight runs and scoring five times. Among her six hits were a pair of triples and a two-run home run, Anderson’s first of the spring.

Freshman Rachel Cherubini continued her hot hitting as she collected hits in each game to extend her program-record hitting streak to 14 games. Cherubini has at least one hit in 17 of Brandywine’s 18 games.

Brandywine’s final four games of the week were won by forfeit, as Penn State York did not have enough players to field a team.

Entering the final week of the regular season, Brandywine sits in first place in the PSUAC Eastern Division with an 8-2 conference record (15-6-1 overall). The Lions play a four-game series with Penn State Scranton beginning at home on Friday, April 20, and also need to make up two games against second-place Penn State Schuylkill that were rained out on Sunday, April 15.

Brandywine baseball went 2-2 against PSUAC opponents, dropping the Lions into second place in the division. The Lions dropped an 8-2 road decision at Penn State Wilkes-Barre Wednesday, April 11, before winning two-of-three games against Penn State York over the weekend.

Wilkes-Barre owns a 7-1 league mark, while Brandywine sits at 8-3 with four conference games remaining. Brandywine would need to win out and have Wilkes-Barre drop at least three of its final seven games, as Wilkes-Barre holds the tiebreaker between the teams.

Brandywine will make a mid-week trip to Ursinus before beginning at three-game series with Penn State Worthington Scranton on Friday, April 20. The Lions host the College of New Rochelle Saturday, April 21, on Senior Day when the team’s six seniors will be honored.

Brandywine men’s tennis went 2-2 during a busy four-match week. The Lions knocked off Williamson College of the Trades by scores of 9-0 and 8-1, but dropped a match to Neumann University 6-3 and then fell Saturday 9-0 to FDU-Florham.

Brandywine will play two of its final three matches this week when the Lions visit McDaniel College on Wednesday, April 18, and host St. Elizabeth on Friday, April 20.

After nearly one month of postponements, Brandywine women’s tennis was back in action on Saturday, April 14, as the Lions were bested 9-0 by FDU-Florham. Brandywine hosts Cairn and St. Elizabeth this week to close out the regular season.

Freshman Brendan Cleary represented the Brandywine track and field team on Saturday, April 14, at Widener’s Chester Quarry Classic. Cleary posted an eighth-place finish in the 5,000-meter race, giving him a pair of top-10 showings this spring. Cleary took ninth at the Ursinus Invitational in March.

Brandywine men’s golf completed its first year of varsity competition since 2013 at the two-day Rosemont College Invitational last weekend. The Lions placed 14th in the 15-team field led by a pair of freshmen. Brad Dawson and Connor Sadoff finished in a tie for 57th after shooting two-day totals of 186.