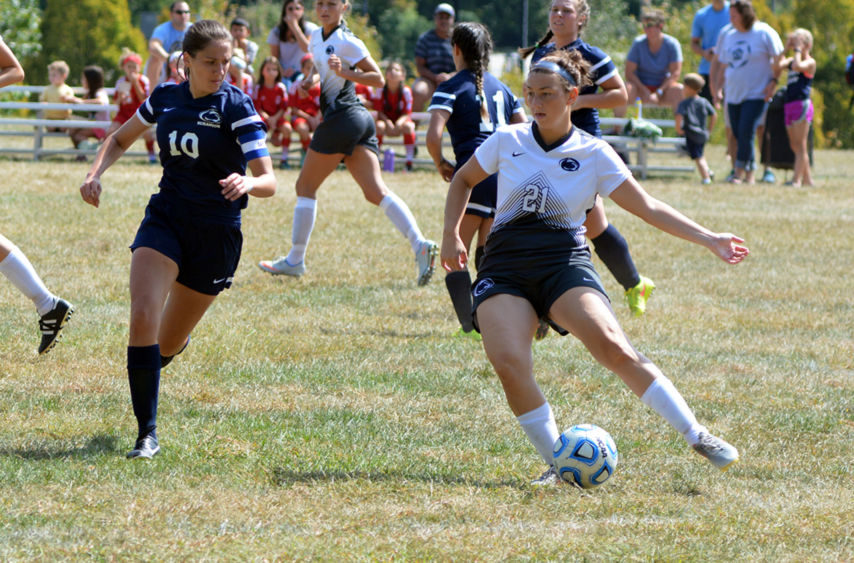 MEDIA, Pa. — The regular season has ended for Penn State Brandywine’s five fall teams and each has its sights set on the Penn State University Athletic Conference championships.

Now 39-2-1 against PSUAC teams during the last four seasons, Brandywine will be the top seed in the conference tournament for the fourth year in a row. The Lions will host a semifinal against either Penn State Greater Allegheny or Penn State Mont Alto at 3 p.m. on Monday, Oct. 31.

The second-highest scoring team in the nation, Brandywine netted 85 goals (6.1 per game) in 14 matches this year led by senior Bill Walleekendeh, who scored 41 times, the most in the United States Collegiate Athletic Association. Walleekendeh enters the PSUAC tournament with more total goals this season than six of the nine teams in the conference.

Before hosting the PSUAC semifinal, Brandywine will close out the regular season with a nonconference home game against Berkeley on Oct. 25.

The women’s soccer team will also be the top seed in the PSUAC tournament after completing its regular season with a 12-1 overall record and 10-0 conference mark.

Brandywine won its final regular season game by a 6-0 score over second-place Penn State Schuylkill on Thursday. The Lions handed Schuylkill its only two losses of the fall by identical 6-0 scores.

In 10 games, Brandywine outscored conference opponents 60-4 and posted shutouts in seven of those contests. Just one of the Lions’ league matches was decided by fewer than four goals. Brandywine owns the USCAA’s second-highest scoring offense (5.6 goals per game) and fourth-stingiest defense, allowing less than one goal per outing (0.75).

Brandywine will play Mont Alto on Saturday in a PSUAC semifinal beginning at 1 p.m.

The volleyball team played just one match last week, a 3-0 nonconference loss to Albright. The Lions had already locked up the No. 2 seed in the PSUAC tournament with a 12-2 league mark.

The defending PSUAC champions, Brandywine earned a bye through the quarterfinals and will play a semifinal at Rec Hall on Tuesday, Nov. 1. The PSUAC championship will be played one night later at 7 p.m.

The Lions, who are 63-7 against PSUAC teams during the last four seasons, are led by junior Nikki Poissant, who tops the conference in kills (260) and aces (64), while ranking third in digs (331).

Men’s and women’s cross-country will be the first teams to compete at a PSUAC championship this fall when they run at Mont Alto on Saturday.

Brandywine’s women are the defending PSUAC champions, while the men’s team is in search of its first league title after placing second each of the last two years.

Freshman Anya Tyler, who has set both the 5K and 6K team records this fall, leads the women and sophomore John Li, the school’s record holder in the 8K, paces the men.

The men’s title race gets underway at 1 p.m., while the women’s race will follow at 2 p.m.