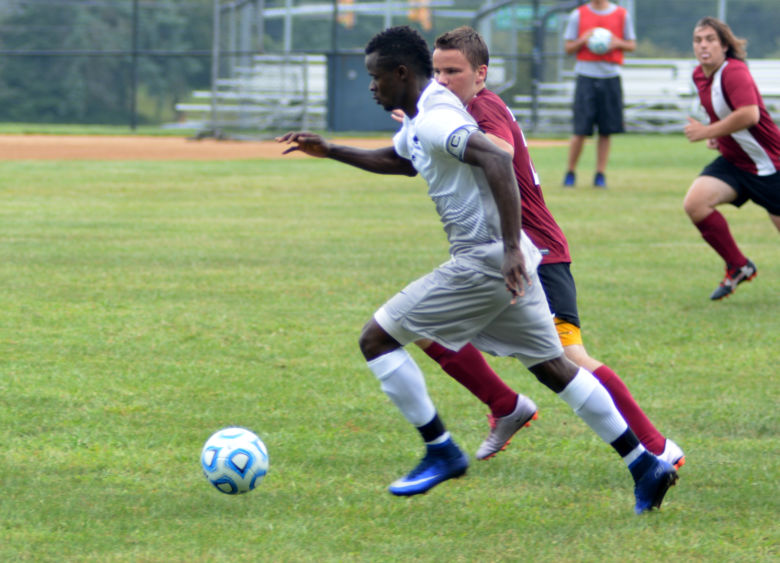 After dropping a 3-1 decision to Penn State Mont Alto on Senior Night, Brandywine’s first home conference loss since Oct. 18, 2011, volleyball swept Penn State Schuylkill and Penn State DuBois on Sunday afternoon, clinching the No. 2 seed in the PSUAC tournament. The team will receive a bye through the quarterfinals and play a semifinal game at Rec Hall in State College on Nov. 1. Brandywine is the defending PSUAC champion after winning all 18 league matches a season ago.

Brandywine will close out its regular season with a home match against Albright on Friday at 6 p.m.

When Brandywine faced a 1-0 hole in its game against Greater Allegheny, it marked the first time the Lions had trailed in a game since Sept. 6 at Gwynedd Mercy. Brandywine also faced a deficit against a PSUAC team for the first time since Oct. 17, 2015. The Lions are 37-2-1 against PSUAC foes during the last four seasons.

Brandywine can clinch its third-straight regular-season title Tuesday with a win at Penn State Hazleton.

Women’s soccer had a much easier time with its two PSUAC opponents last week, winning 5-1 at Mont Alto and 6-0 at Greater Allegheny.

Brandywine, now 8-0 in conference games, has outscored its PSUAC opponents 53-4 in those eight games. The Lions can clinch the PSUAC regular-season title for the second time in as many years with a win or draw at Schuylkill on Thursday.

The cross-country teams competed at Rowan’s Inter-Regional Border Battle on Saturday, the largest meet ever hosted in the state of New Jersey with more than 1,400 runners competing.

Brandywine has one final tune-up prior to the PSUAC championships on Oct. 29 when it races at Haverford on Friday.

Women’s tennis finished out its fall slate with a 6-3 setback against Rutgers-Camden on Sunday. The Lions took a 2-1 lead after doubles, but dropped five-of-six singles matches.

Brandywine finished the fall season with one victory in six matches against NCAA Division III competition.