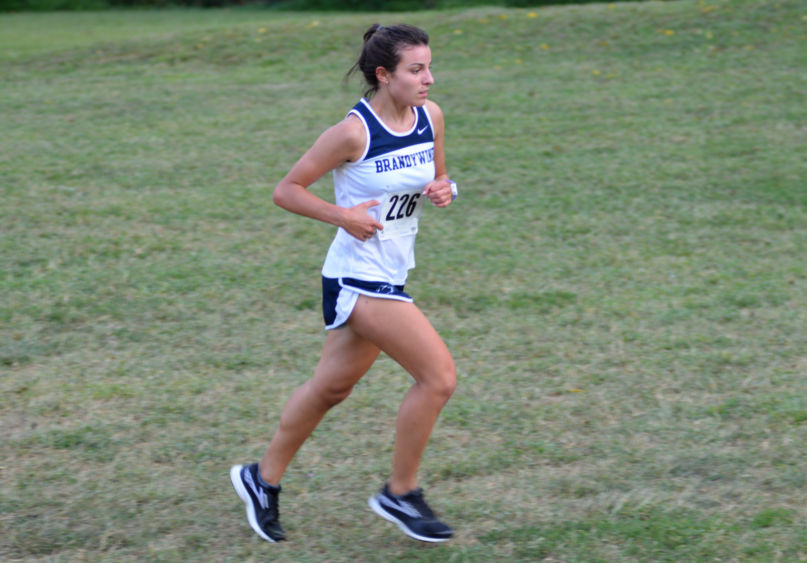 For the second consecutive week, freshman Anya Tyler broke a school record, this time the 6K benchmark. She completed the course in 25:55, topping the one-year-old record by almost two minutes one week after setting a new 5K record. Tyler placed ninth in the 90-runner field, her second-straight top-20 finish.

Sophomore John Li ran to a record-setting time, clipping his own mark in the 8K record book by 14 seconds after placing 11th with a time of 29:46. Li now owns four of the top five 8K times in Brandywine history.

Overall, the cross country teams both had strong showings at the Division III meet as four Lions (one female, three male) placed in the top 25 in their respective races.

Volleyball continued its strong start, winning two-of-three matches during the week. The Lions, now 5-1 this fall, defeated Bryn Athyn in four sets and former PSUAC rival Penn College in five sets before suffering their first loss, a 3-1 setback to Hood. The loss to Hood was the first for Brandywine during the regular season since Sept. 24, 2015. Brandywine had won 17-straight regular-season matches.

Sophomore Nikki Poissant led the team with 38 digs and 35 kills, while sophomore Sullivan Stark aided the offense with 116 assists.

Women’s tennis bounced back from a season-opening loss to Cedar Crest, by defeating the same Falcons 5-4 at home on Thursday night. The teams split six singles matches, but Brandywine won two-of-three doubles contests to earn its first victory.

Men’s soccer led Gwynedd Mercy 1-0 at the half, but surrendered a pair of goals during the final 45 minutes in a 2-1 loss on Tuesday. Sophomore Anthony Neufville provided the scoring for the Lions.

Women’s soccer also suffered its first loss, falling 3-1 at Keystone on Wednesday. Freshman goalkeeper Emily Bush, who was named national goalkeeper of the week by the USCAA, made 10 saves, while classmate Brianna Banks scored her second goal in as many games.

Brandywine has a busy week of games upcoming with volleyball hosting Penn State Berks on Monday before traveling to Penn State York to open conference play Wednesday. The Lions then host a pair of quad matches on Saturday and Sunday for their annual Dig Pink Weekend as the Lions will team with the Side Out Foundation to raise money for breast cancer awareness for the seventh-straight year.

The cross country teams will be competing at the Penn State Abington Invitational Saturday morning, while the women’s tennis team is idle until Sept. 20 when it travels to Cairn.