UNIVERSITY PARK, Pa. — One Penn State student will be in Bristol, Connecticut, this summer completing an internship with the “Worldwide Leader in Sports.”

Erin Dolan, a broadcast journalism major, has been named one of eight internship/scholarship winners nationally through a program conducted by the Association for Women in Sports Media (AWSM). She earned a $1,000 scholarship and will be a production intern for ESPN. 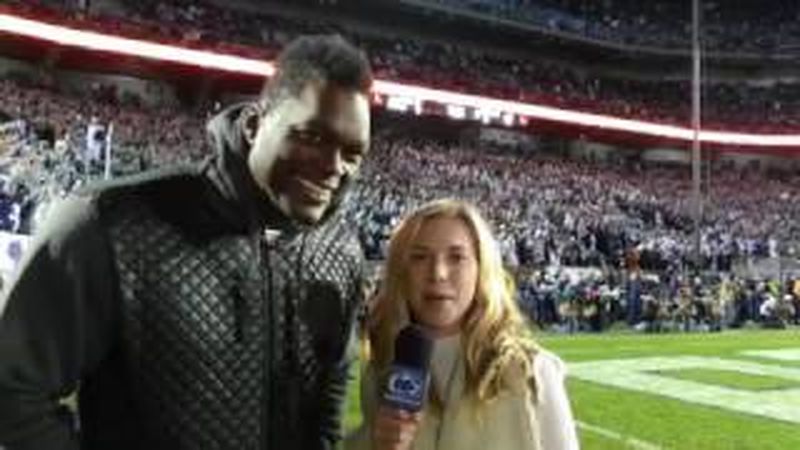 Junior Erin Dolan, who earned an internship at ESPN for the summer of 2017, talks about her hands-on experiences at Penn State.

Dolan, a native of Media, Pennsylvania, is just the third Penn State student in 28 years to earn an internship through the program.

Audrey Snyder (MLB.com) was honored in 2011 and Jocelyn Syrstad (MLB.com) received the recognition in 2010. Since 1990, AWSM has awarded scholarships and placed nearly 160 female college students in paid sports media internships. Dolan and the rest of the winners will be recognized at AWSM’s summer conference in May in Austin, Texas.

Dolan, a junior, is beginning her second semester at the University Park campus after spending a year and a half at the University of Oregon and a semester at Penn State Brandywine. She has wasted no time reeling in awards. In September, she became the first female student to win the Harry Kalas Award, a college scholarship awarded by the Philadelphia Broadcasters Foundation to aspiring sports broadcasting professionals.

“It really just meant a lot because it kind of validated why I transferred,” said Dolan. “That was probably the most important part for me. When you’re transferring, you obviously think a million different things that could go wrong, but it kind of worked out in my favor so far.”

Dolan doesn’t have any specifics yet, but she expects to be assigned certain shows to work on every day at ESPN. While she hopes to someday be on camera, she believes having a wide variety of experiences can only help her improve her craft.

“I think it’s really important to have a bunch of different skillsets because it makes you more valuable as a person being hired,” said Dolan. “I think having that on top of any experience on camera is way more valuable than just straight on-camera work.”

On campus, she has done Big Ten Network Student U sideline reporting and worked for GoPSUsports.com. In the future, she hopes to be a part of “Centre County Report” and finish up her certificate for the John Curley Center for Sports Journalism. Additionally, she has her sights set on the Penn State Hollywood Program next spring, a semester-long internship and learning experience for College of Communications students.

“As much as you put into your major is basically what you’re going to get out. I think that it really pushed me,” said Dolan. “It gave me motivation to do more so that I could get an internship. I knew with my goals and what I wanted, you couldn’t just do one thing and put that on a resume. You had to have experience in everything, which kind of just pushed my skills as a journalist.”