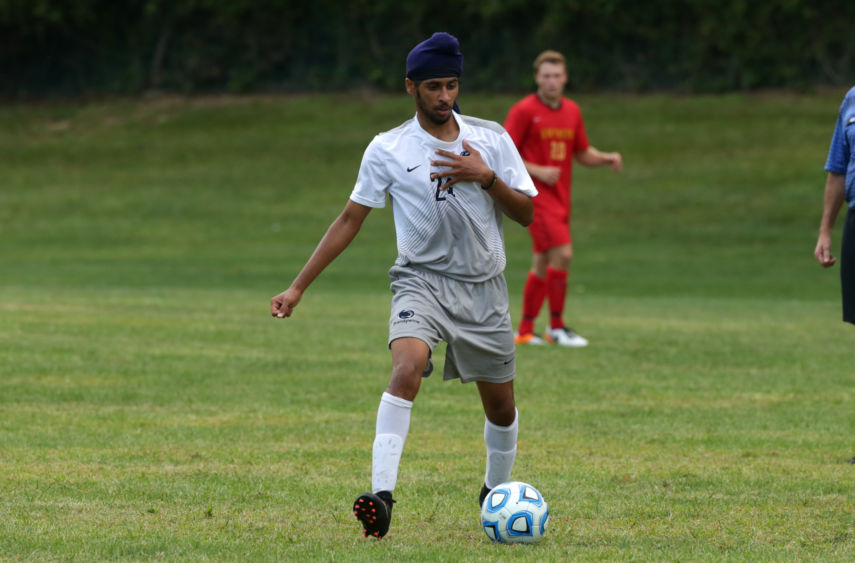 Less than seven weeks after finishing seventh at the season’s first PSUAC Invitational, Brandywine improved by five spots, claiming second place in the nine-team PSUAC Invitational No. 2 field at Penn State’s Blue Course. Led by a round of 84 from Austin Aurillo, Brandywine finished four shots off the pace of Penn State Wilkes-Barre, the tournament champion, while besting Penn State Mont Alto by one shot for the runner-up spot.

Tournaments at Penn State Hazleton and Penn State Wilkes-Barre remain during the upcoming week before the PSUAC/USCAA championships are set to take place Oct. 8-9 in State College. Brandywine finished seventh in the PSUAC and 17th nationally in 2017 during its first season of varsity competition.

Brandywine sits at the top of the PSUAC East Division with a perfect 4-0 record in conference play entering a huge weekend at Penn State Fayette. The Lions face four of the top teams from the West Division during the PSUAC crossover weekend. Brandywine’s 22-match conference winning streak will be on the line.

Brandywine had no trouble running its league win streak to 22 last Sunday, besting Penn State Lehigh Valley in three sets. Only two of Brandywine’s victories during the streak have come in more than three sets. The Lions also dropped nonconference matches at NCAA Division III Ursinus and Wesley last week.

Brandywine has picked up right where it left off last season, hammering its first three PSUAC opponents by a combined score of 22-0 last week. Brandywine defeated Penn State York 9-0 before winning at Penn State Beaver (6-0) and Penn State Greater Allegheny (7-0) on back-to-back days.

The Lions have five league matches in the span of nine days, all on their home field, beginning on Saturday, Sept. 29, against Penn State Wilkes-Barre. Wins in all five of those matches would give Brandywine the No. 1 seed in the PSUAC Tournament for the fifth consecutive season.

Brandywine will play four conference matches over a span of 10 days, including a home clash with Penn State Hazleton on Sunday, Oct. 7, in a battle of the top two teams in the league.

Brandywine got its first taste of PSUAC competition last week at the Penn State Mont Alto Invitational. Freshman Brian Abel continued to shine for the Lions, finishing second in the men’s 8K race, while freshmen Catharine Mooney and Rachel McIntire placed fourth and fifth, respectively, during the women’s 6K race.

A look at the week ahead: