45 years at Brandywine: An interview with professor Stephen Cimbala 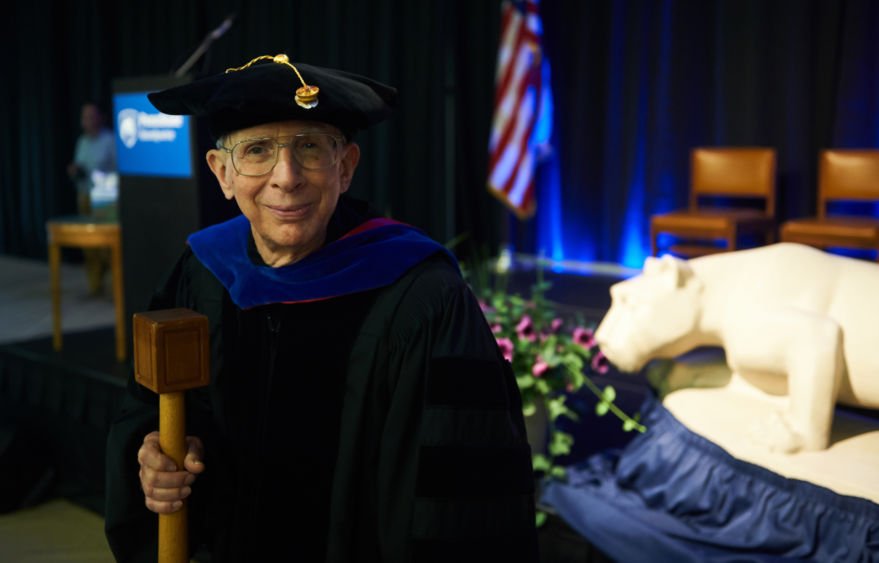 MEDIA, Pa. — When Stephen Cimbala arrived at Penn State’s University Park campus as a student in 1961, he had a simple plan: get a degree in journalism and go into the workforce.

“I was going to be a sports writer or a news journalist,” he said, “but I took a wrong turn.”

That “wrong turn” — a general education requirement — introduced Cimbala to the field that would become the focus of his life’s work and led him to Penn State Brandywine, where he has now served for 45 years.

As a Penn State student, Cimbala decided to fill a general education requirement with a political science class. From the first lecture, he was captivated.

“I’ll never forget,” said Cimbala. “It was an 8 a.m. class, and in walks this professor, puffing on a cigarette — back then, professors could smoke in the buildings. I have never heard lectures that good before or since. I said, ‘This is me! This is what I want to do!’”

After completing his journalism degree in 1965, Cimbala went on to pursue graduate work in political science at the University of Wisconsin. He then began his teaching career at the State University of New York’s Stony Brook campus, where he heard about a job at a growing Penn State campus in Delaware County.

“They were looking for someone to work in academic administration,” he said. “My wife and I had been talking about a return to Pennsylvania, so we decided to give it a shot.”

The Cimbalas moved to Delaware County in 1973 — and 45 years later, Cimbala, now a distinguished professor of political science, is still at Penn State Brandywine. This gives him the unique distinction of having seen the 50-year-old campus undergo most of its significant changes.

In recent years, many of those changes have included building projects, such as the new student union and residence hall that opened last summer. Cimbala also has watched the campus grow from a few hundred students to its current size of about 1,400.

Despite the campus’ physical growth, however, Cimbala believes it has maintained a spirit of closeness during his tenure.

“There is a genuine sense of community among the faculty, staff and students at the Brandywine campus,” he said. “Here, all of us interact regularly with colleagues from vastly different fields, which doesn’t typically happen on a larger campus. It has forced me to be less in my own stovepipe. It keeps me learning.”

Cimbala also has watched culture, trends and student-to-student interactions change during his time at Brandywine.

“A college campus is really a great place to see the culture change because you’re on the cutting edge,” he said. “In college students, you’re seeing the trendsetters. We often see changes in dress, interaction and even elocution before the general population does.”

One of Cimbala’s favorite examples of cultural change has been the evolution of technology — something that has changed quite rapidly over the past 45 years.

“I still remember the day that our chancellor at the time, Ed Tomezsko, walked into my office and took away my typewriter,” he said. “I told him, ‘You can’t do that!’ I was a fantastic touch typist. But then he brought in, of course, this weird electronic device with a screen and a keyboard, and I discovered the word processor. Today, my students can unlock their cars — and start them — from an app. It’s uncanny.”

Over the years, Cimbala has been instrumental in bringing guest speakers to campus — although some of the lectures took unexpected turns. In particular, he points to one visitor, a Russian diplomat, as the most surprising moment of his Brandywine career.

“In the 1980s, I brought in a speaker from what was then the Soviet consulate,” he said. “I believed that his perspective would be valuable to hear. He was a very nice man and a very good speaker. The next week, there was a knock at my door — and it was two men from the FBI. They said, ‘Are you aware that this man is with the KGB?’ Apparently the consulate position was his cover story. We still have a picture of this guy speaking on campus with a big ROTC ad behind him. You can’t make this stuff up.”

Although he never brought another KGB agent to campus, Cimbala has brought many speakers, both from the United States and abroad, to share dialogue with his students over the years. Another one of Cimbala’s Brandywine guests, Vitaly Churkin, went on to serve as Russia’s permanent representative to the United Nations from 2006 until his death in 2017.

Cimbala credits his wife, Betsy; sons Christopher and David; daughter-in-law Kelly; and sister Michele as the supporting forces behind his long career at Brandywine — and he points to the ever-shifting nature of global politics as the reason he continues to teach.

“People ask, ‘Aren’t you doing the same thing over and over?’ said Cimbala. “No, and not in my field especially. I’ve seen the collapse of the Soviet Union, Vietnam, 9/11. The world is always changing, and that’s why it’s never dull. I never have to make stuff up — we live in a crazy world that just keeps pushing it at me!”

His career also has been driven by a long-term sense of responsibility to his community — an example that his mother, a teacher, set in his life at a young age. To Cimbala, a call to public service is one of the most essential qualifications a university instructor can have.

“I tell students we’re the only company in the business of getting rid of its clients by graduation,” he said. “We want to see them go out and light up the world as Penn State grads. A professor’s responsibility in that regard is enormous.” 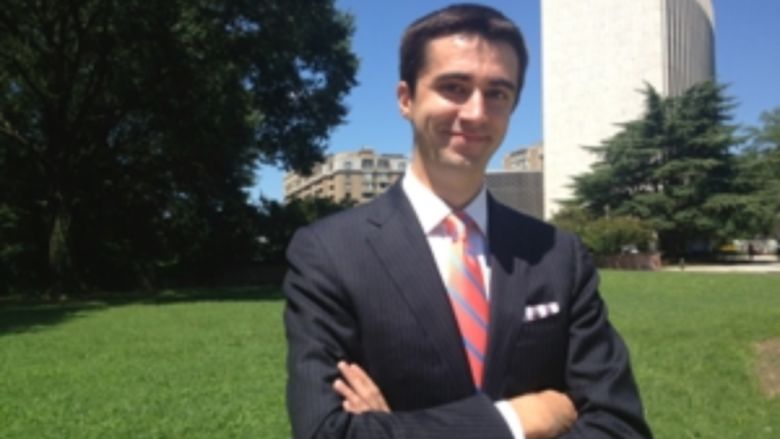 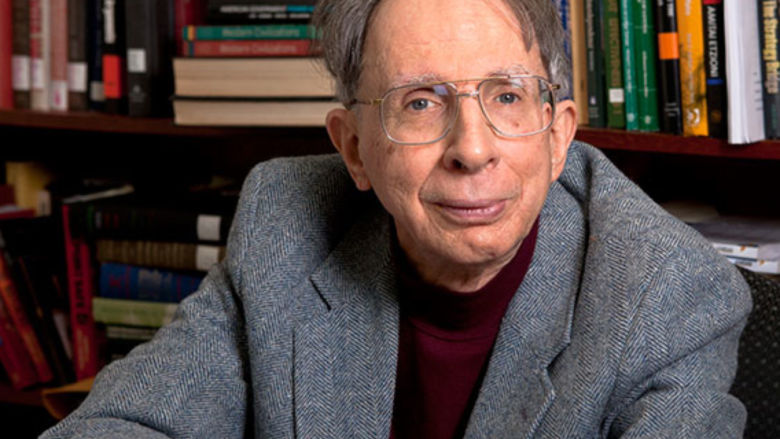 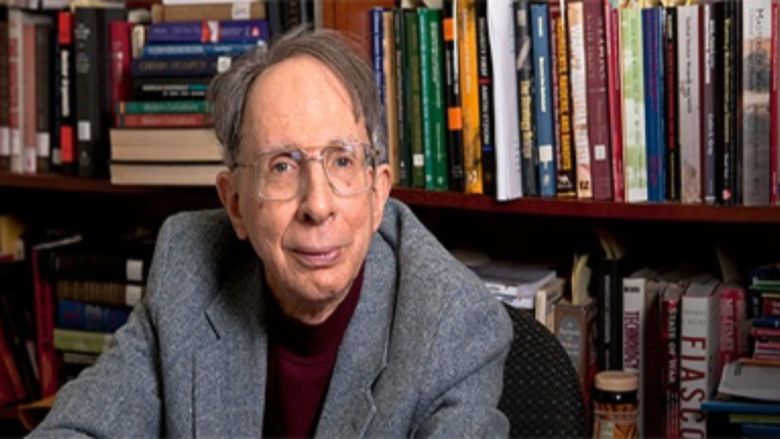