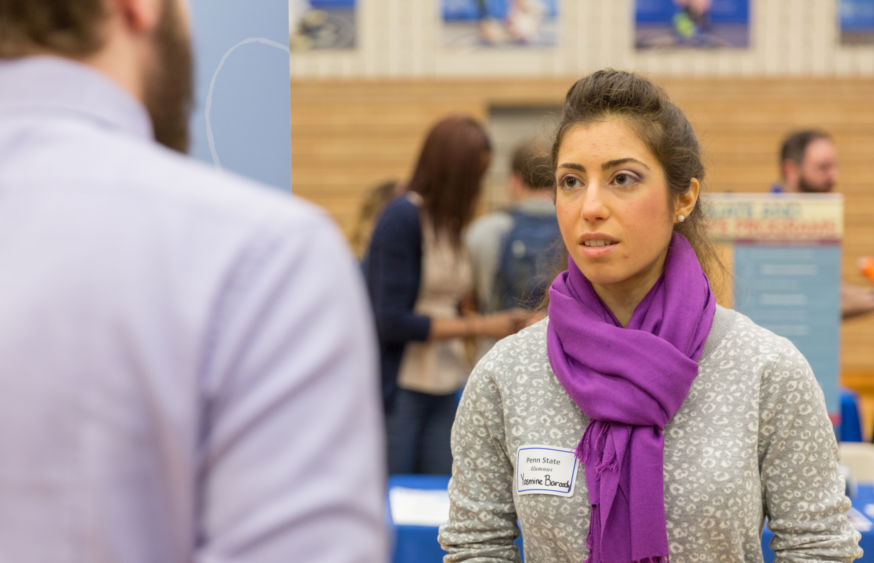 After earning her bachelor's degree in information systems and technology (IST) at the Brandywine campus in 2015, Baroody began to look for full-time employment. During her search, she received an email from Brandywine’s Office of Career Services about an upcoming career fair.

“I returned to campus for the fair,” said Baroody, “but I wasn’t at all interested in J.P. Morgan at the time. They weren’t looking for IST majors, so I assumed nothing would happen.”

Baroody was standing in line at another company’s table, which happened to be next to J.P. Morgan’s career fair display. The J.P. Morgan employee, today Baroody’s supervisor, began a conversation with her, so she stepped out of line to speak with him.

“We talked one-on-one for 20 minutes,” she said. “Many of his questions were similar to what you hear in a typical job interview. He asked what I was looking for in a company and tried to get a sense of my work ethic.”

Two weeks later, Baroody received a call from a J.P. Morgan recruiter. One week after her interview, she was hired as a trade support specialist.

“I was honestly quite surprised when J.P. Morgan reached out to me,” she said. “Again, I wasn’t in the major they advertised at the career fair, but they liked my work ethic and willingness to learn. They also liked what I had learned in IST and felt that my background would enhance the position.”

“This is in line with what the Office of Career Services advises students — to be open to opportunities that may be outside of their major,” said Jane Barry DePaul, event coordinator of career services. “We teach that recruiters are looking for students that exhibit leadership, communication and problem-solving skills, along with a strong work ethic, because these qualities contribute to success in any job.”

Baroody is part of a team that works with money managers to place trades for clients. From her first day on the team, she found herself in an uplifting community that celebrated her strengths, including the skills she gained as an IST major.

“J.P. Morgan has a great corporate culture,” she said. “It encourages its employees to find ways to improve their jobs. You can initiate your own projects, which I’ve done before using my coding and organizational skills.”

Baroody also found that her position at J.P. Morgan heavily utilized the skills she gained as a Brandywine student.

“I’ve used my IST skills often,” she said. “When you write a program in class, you don’t think that process will transfer to the workplace, but for me, it was exactly the same. I also received a business background at Brandywine — knowing the business side of IST has been a huge asset in my current position. My general education classes also come into play frequently, especially English and technical writing. That’s something Penn State is known for — having a well-rounded general education program.”

The most valuable transferable skill Baroody learned at Brandywine, however, was teamwork.

“In classes at Brandywine, I had several group projects,” she said. “Today, I work with a team every day — and my team is constantly working with other teams across multiple functions. I cannot stress enough how important it is to know how to coordinate with a group.”

More than a year later, Baroody continues to thrive at J.P. Morgan, harnessing the skills she gained as a Brandywine student and learning from her co-workers. She encourages current Penn State students and recent graduates to keep their minds open to the career opportunities around them.

“Don’t turn down an opportunity,” she said. “Something I didn’t think was even an option became my career. Keep an open mind when you attend career fairs and tap into resources. You never know what might happen!” 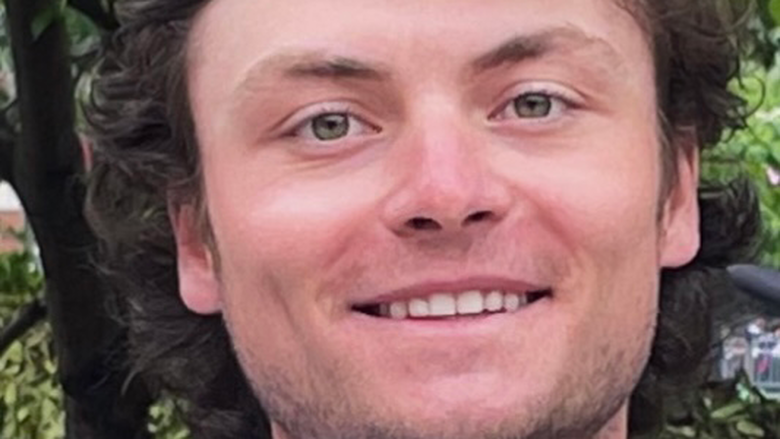