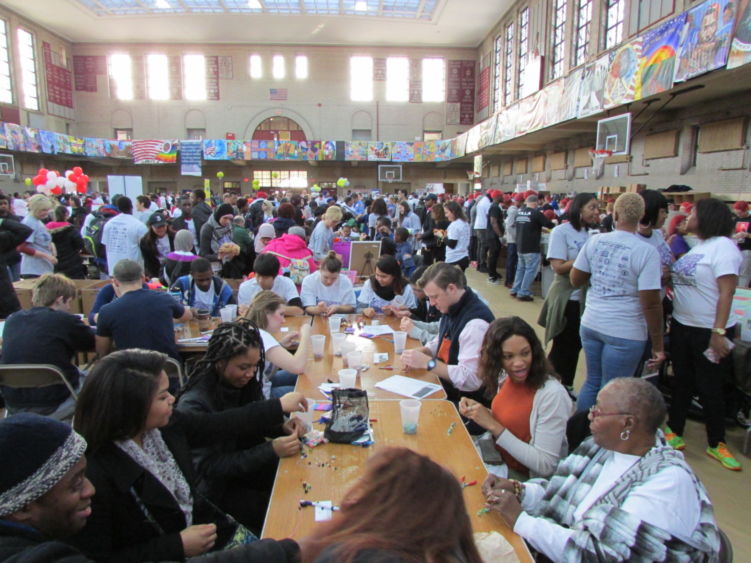 According to its website, the Greater Philadelphia Martin Luther King Day of Service is the largest Martin Luther King, Jr. Day event in the nation. In 2016, the event attracted more than 140,000 volunteers and facilitated 1,800 service projects.

Led by Professor of Education Lynn Hartle, 25 Brandywine students traveled by bus to Girard College, where they attended service-based workshops and engaged in community service projects.

“We made bracelets, which we will donate to Cityteam,” said Hartle. “Cityteam gives the bracelets to children, who then wrap them and give them to their mothers for Mother’s Day. We made tons of bracelets and even had volunteers from other groups stop at our table to help us.”

Hartle attended the event on her own in 2016 and returned to campus invigorated by its mission.

“Martin Luther King Jr. was a big proponent of what he called ‘beloved community,’” she said. “He taught that injustice to one group of people is really an injustice to all people. That’s the message I see lived out at the day of service.”

In addition to community service, students attending the event had opportunities to learn about various cultures within the Greater Philadelphia region through interactive performances. Student Ezenwa Osuagwu attended a sign language demonstration, as well as an African drum performance. Osuagwu, who spent his childhood in Nigeria, was even able to join the drummers.

“The workshops were pretty interesting,” said Osuagwu. “I saw many people from the Philly area coming together to remember Dr. King and what he stood for. It was awesome to contribute to that.”

Osuagwu, along with other Brandywine students, found ways to serve beyond the bracelet-making project and group sessions.

“We helped other groups with basic setup and cleanup jobs,” he said, “basically trying to be of service to the other groups that were there. It seemed like a really nice community coming together for a good cause.”

Both Osuagwu and Hartle hope that the spirit of community service and mindfulness they experienced at the Greater Philadelphia Martin Luther King Day of Service will overflow into campus life at Brandywine.

“When I first heard about the event, I wasn’t 100 percent sure what to expect,” said Osuagwu, “but when I got there, I realized how interesting it was. I would love to see more people willing to join the effort.”

“I definitely don’t want to see this become a one-shot event that sputters out,” agreed Hartle. “Dr. King’s consistent message was that if we really want to work together, it has to happen through a spirit of love and peace. I hope we can get more students to engage with each other in that way.” 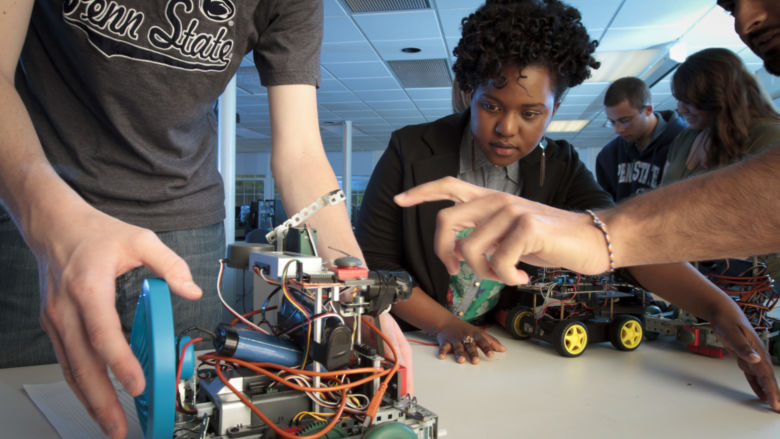