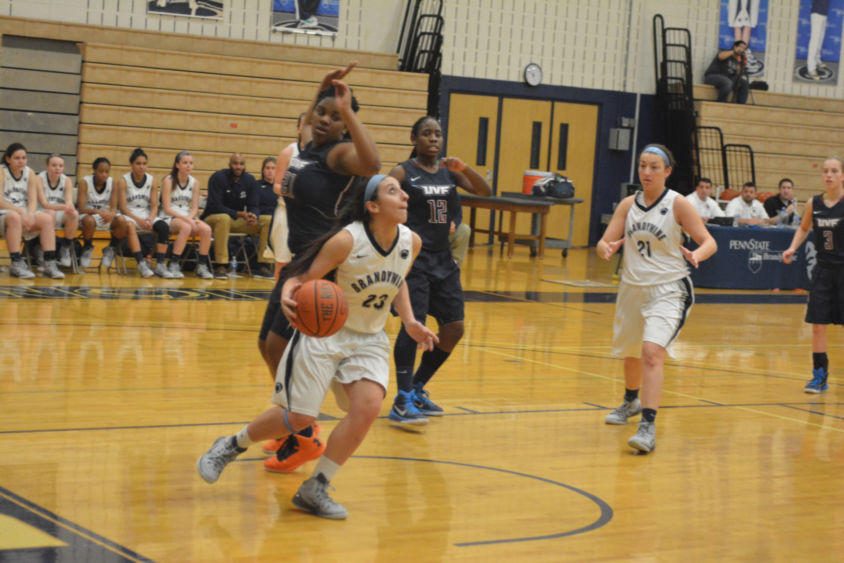 MEDIA, Pa. – Senior Lauren Munro scored the 1,000th point of her four-year career on Nov. 24 in Brandywine’s 70-62 women’s basketball victory over Trinity (D.C.), highlighting the week that was in Brandywine athletics.

Munro registered 12 points to up her career total to 1,006, becoming the 7th player in program history to reach the 1,000-point mark. Her 1,000th point came on a fast-break layup at the 7:06 mark of the second quarter after she grabbed a rebound and dribbled the length of the floor for the score. During her 85-game career, Munro has averaged nearly 12 points per game.

Brandywine, which trailed Trinity by as many as 10 points, closed the game on a 10-2 run, escaping with the eight-point victory, its third of the season.

On Nov. 28, Brandywine traveled to NCAA Division II Mansfield for a men’s and women’s basketball doubleheader. The women were defeated 88-61, while Mansfield topped the Brandywine men 82-66.

Both teams trailed by single digits late in the second half before Mansfield runs put the game out of reach. Sophomore Melanie Kempf delivered 12 points and six rebounds for the Brandywine women, while freshman Chris Abbonizio sank a trio of three-pointers en route a career-high 15 points for the Lion men.

Brandywine begins a busy week with its first of three PSUAC doubleheaders on Tuesday at Mont Alto.