Brandywine professors contribute to book on persuasive narrative in branding

Joshua Phillips, assistant teaching professor of communication arts and sciences, and Karen Theveny, assistant teaching professor of communications, recently wrote a chapter for “Innovations and Implications of Persuasive Narrative.” The book, which is a collection of case studies from leading scholars, explores the range of applications and implications of using persuasive narrative and storytelling in corporate brand strategy. Persuasive strategies include the use of influencers, celebrities, virtual reality, interactive games and more. 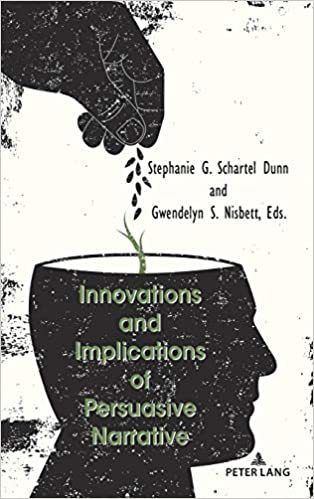 “We’re interested in the idea of a large corporation, which exists to make profit, selling rebellion, which seems very anti-profit,” Phillips said. “There are current scholars who are starting to refer to this as ‘woke’ capitalism — corporations who gear their corporate model towards social justice issues to make it seem as if they're standing with the people. In reality, when you start looking at the balance sheet, you realize that these are very profitable strategies.”

Kaepernick was the center of controversy for kneeling during the national anthem at NFL games to protest the treatment of Black Americans in the U.S. This gained national attention and possibly cost Kaepernick a job with other NFL teams. However, despite the controversy and the fact that Kaepernick had not played football since 2016, Nike chose him as its spokesman for its new campaign.

“Our chapter looks at how Nike packages rebellion and we chose Colin Kaepernick, who was the face for their most recent campaign,” Theveny said. “This has been Nike’s marketing strategy since the beginning—to rally against the status quo and portray those that are rebellious in sport.”

To complete their chapter, Phillips and Theveny researched Nike's corporate brand strategy throughout the last 30 years and measured the company’s success while using its “rebellious, counter-cultural” approach.

“Nike has taken this approach since its ‘Just Do It’ campaign, which started 30 years ago with Michael Jordan who wore sneakers that were not allowed by the NBA due to uniform policies. He was fined $5,000 a game,” Theveny said.

Ultimately, the NBA yielded, allowing Jordan to wear his sneakers. Theveny and Phillips noted that this was seen as a big win for the “rebels.”

“We were also fascinated with this idea of how Nike is used as a status symbol, specifically among communities where individuals don’t have a lot of disposable income,” Phillips said. “This is why we talk a lot in the chapter about this illusion of rebellion. People think Nike is on the front lines of these social justice issues, but Nike is raking in money.”

This was the second time the faculty duo collaborated on a publication. The team also wrote a chapter for “Social, Mobile, and Emerging Media around the World: Communication Case Studies,” which is a collection of studies on emerging media technologies and their international social impacts.

“We work well together,” Theveny said. “We each have our own strengths and have developed a work style and flow. This process has been a lot of fun.”