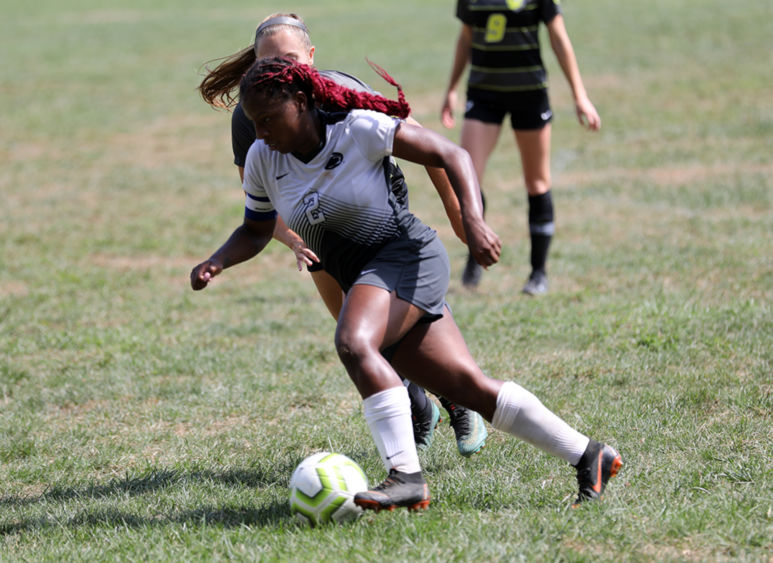 MEDIA, Pa.— Penn State Brandywine senior Brianna Banks recently earned her fourth Penn State University Athletic Conference Player of the Year award in as many seasons. Banks was one of five Nittany Lions who earned all-conference selections from the conference, while Brandywine Head Coach Elise Pratt was chosen as the league's coach of the year.

Banks, who has led the conference in scoring four-straight seasons, is believed to be just the second student-athlete in any sport in the history of the PSUAC to claim four player of the year honors. Penn State Fayette's Leah Ambrosini was selected as the top volleyball player in the league for four-straight years, 2009-12.

Banks, having arguably the best season of her standout career, set single-season school records with 37 goals and 78 total points this fall. Her 37 goals are 17 greater than her closest PSUAC competitor. She is averaging more than two goals per game in 15 matches.

Banks tallied at least one goal in 13-straight matches to end the regular season, recording hat tricks in eight of those games, including a string of five-straight from Sept. 14-30. She amassed five goals on two occasions and added four assists, the third-highest total on the team.

Brandywine will play for the PSUAC Championship Wednesday night against Penn State Hazleton at University Park looking to win its fourth-straight league title.