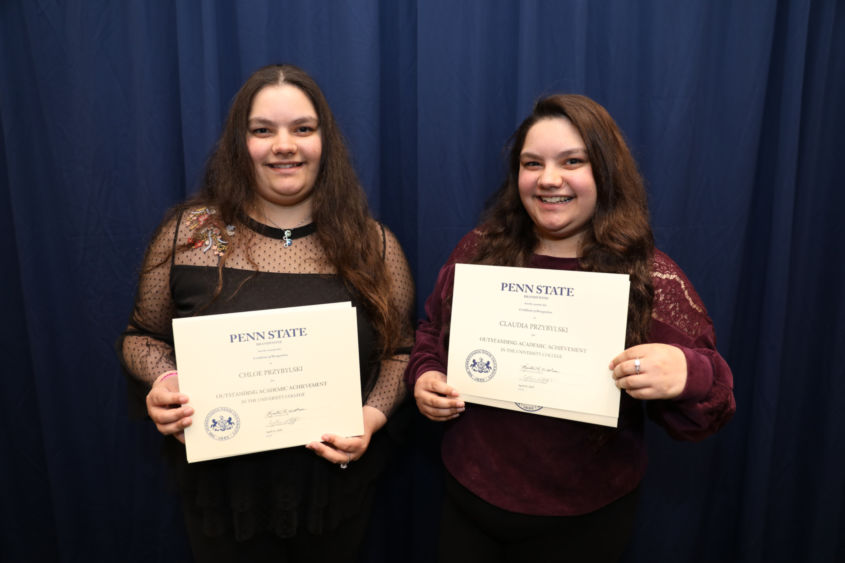 MEDIA, Pa. — Often sibling relationships get better and more enjoyable as you grow older, and that includes during the college years. Many Brandywine students know this firsthand — the campus currently enrolls at least 20 pairs of siblings and at least five of those pairs are twins.

“I love attending the same college as my twin sister,” said Chloe Przybylski who, along with her sister Claudia, majors in human development and family studies with a civics and community engagement minor. “We only have one car, which works out perfectly. We major in the same field, but we plan on going in different directions.

“I do not think I would have done as well if we were at different campuses because college is so overwhelming,” she added. “We keep each other sane, which is a good thing.”

For those with siblings, having one as a classmate can help you navigate your way as you begin your college career.

"Because we are twins, it's nice to attend a college together,” said Claudia Przybylski. “You already know someone, so it’s not as awkward walking into an unfamiliar place. I like that my sibling is with me at school because it's nice having someone by your side.” 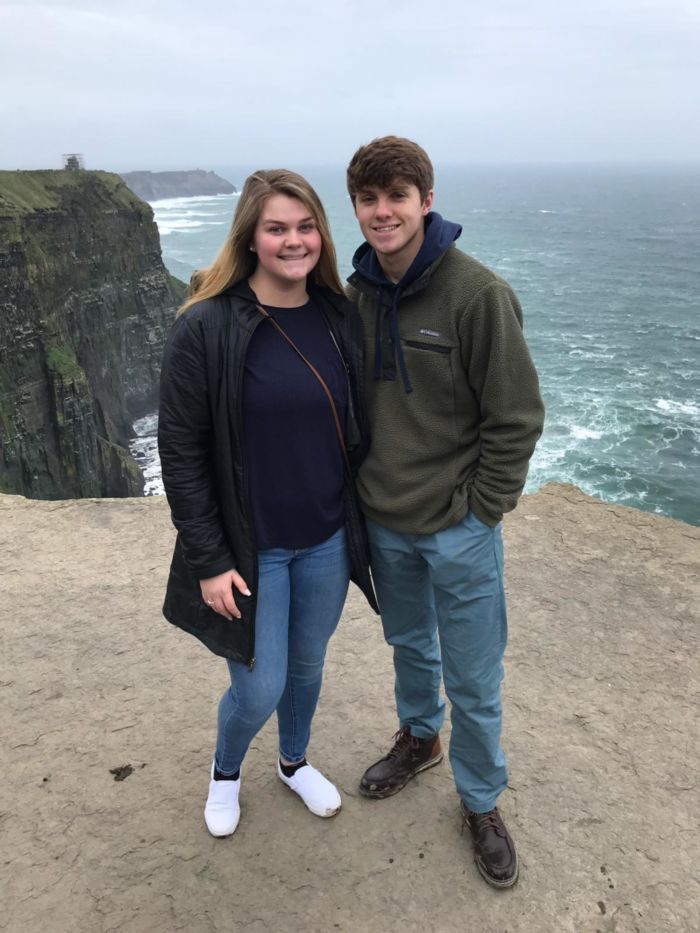 Hannah is a member of both the volleyball and tennis teams, and Ben plays soccer.  Both are studying human development and family studies.

“Sometimes we have our differences, or our brother-sister disagreements in front of friends, but I am really glad that my brother decided to attend Penn State Brandywine,” said Hannah.

Of course, sometimes too much togetherness can grow tiresome.

“Because we are with each other every day we sometimes bicker, but it doesn't affect us a lot,” she said. “We are twins, so we know each other well enough to the point of when to not push each other’s buttons and how not to. We can sense each other's mood instantly.

“Also, it's can be annoying that we kind of have the same circle of friends, but because we're siblings we can’t really help that,” she added. “We're bound to sit with each other and my friends will make themselves friends with Chloe.”

Sharing a car and having different class schedules can be a challenge as well.

But the benefits of attending the same college as a sibling seem to, overall, outweigh the negatives.

“Some positives are having similar friend groups or new friends, and helping each other with similar classes,” said Hannah.

For the Przybylski twins, one of the positives is being with each other every day.

“Does it get old? Sometimes,” Chloe said. “But we both keep each other grounded, which is a good thing! Also, we were able to have someone there the first day during freshmen year, which is never easy for most people. The first day of college is scary enough, but by having my sister there, it was a little bit comforting.”

Claudia agreed, saying, “We're with each other every day, but because we're twins, I haven't left Chloe's side in 21 years. We’ve been through everything together, so it's literally impossible to separate us. Also, it's like having a built-in best friend.”