This year, as Penn State Brandywine celebrates its 50th anniversary, the campus highlights the accomplishments of Penn State alumni who found success at the Brandywine campus. 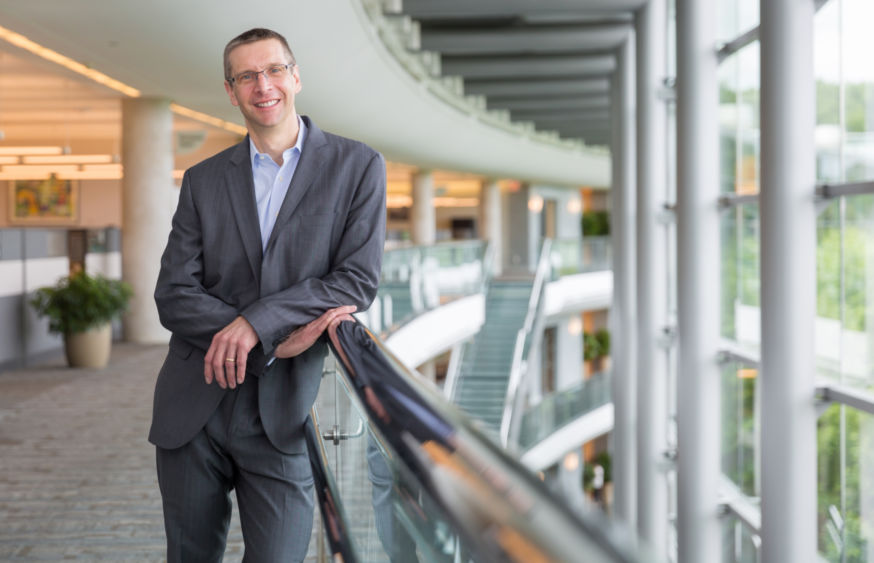 Although Penn State alumnus Marty Mrugal only spent his freshman year at Penn State Brandywine, his brief time at the campus is marked by plenty of positive memories.

Mrugal graduated from University Park in 1986 with a degree in marketing and a minor in economics. He earned his master’s degree in business management from Penn State Great Valley in 1998. It was as a freshman at Brandywine, however, that Mrugal built the foundation for the rest of his academic and career achievements.

“I learned at Brandywine that I could do college-level work and that I had more potential than I previously thought,” he said. “Penn State Brandywine unlocked my true potential as a student and in my career.”

Today, Mrugal is the chief innovation officer for SAP North America, where he has worked for 19 years. Prior to SAP, he spent 12 years in supply chain management working for Consolidated Rail Corporation (Conrail).

When Mrugal arrived at Brandywine, he got involved with the student ski club, which became a highlight of his college experience.

“I have fond memories of ski trips with other students to Killington, Vermont,” he said. “I formed friendships that lasted all four years and beyond.”

According to Mrugal, Brandywine also played a role in one of the best decisions of his life.

“I eventually met my wife at PSU,” he said. “We met in University Park through mutual friends I had made at Brandywine. We’ve been happily married for 26 years.”

Mrugal is heavily involved in his community, sitting on the corporate council for the Children's Hospital of Philadelphia and serving on the Philadelphia Eagles’ Season Ticket Holder Advisory Board. He also hosts an annual motorcycle ride supporting Fisher House Charity for Wounded Warriors and sponsors a Month of Service project with his fellow SAP employees every fall.

Mrugal credits Brandywine with giving him the tools to be a successful, collaborative learner – tools that have helped him in his corporate career.

“At Brandywine, I learned to work with others in group and team assignments,” he said. “I learned how to overcome obstacles, conduct my own research, analyze issues and take responsibility for my successes and failures.”