Kimberly Blockett’s long-term research has captured the attention of two prestigious academic institutions: Harvard University and the National Endowment for the Humanities.
By Haleigh Swansen

MEDIA, Pa. — Several years ago, Kimberly Blockett, associate professor of English at Penn State Brandywine, stumbled across a little-known historical figure whose life would become the focus of her research. Today, Blockett has become the primary documenter of the figure’s life — and her work has caught the eyes of scholars across the country.

Blockett has received fellowships from Harvard University’s women’s studies and religion program and the National Endowment for the Humanities (NEH) to finish her work documenting the life of Zilpha Elaw, a black female evangelist from the 19th century.

Prior to Blockett’s research, very little was known about Elaw’s life. Scholars essentially had one existing resource — an autobiographical spiritual narrative that Elaw wrote herself.

“Spiritual autobiographies were a popular genre of the time,” said Blockett, “but you don’t learn much about the author’s life because the genre focuses on spiritual things. Personal information is kept to a minimum.”

After reading Elaw’s narrative, Blockett decided that she was interested in the story behind her life and work.

“Elaw sits at the intersection of the three most important social movements of the 19th century,” she said. “There’s the Second Great Awakening, which was a religious movement. Then you have the Women’s Era — an era during which women were beginning to express themselves socially — and racial resistance leading up to the Civil War.”

As a black female evangelist, Elaw’s story sheds light on all three of these social movements — and manages to do so from an unconventional perspective in each arena.

“Most denominations did not believe in female preachers, women weren’t supposed to travel much and slavery was still legal,” said Blockett, “but Elaw was a black female itinerant evangelist traveling to slave states, putting herself in danger and doing all sorts of things she wasn’t supposed to do.”

Blockett’s research has already answered many questions about Elaw’s life and legacy. For example, since Elaw’s spiritual narrative ends with a decision to travel to London, most historians once assumed that she died during or shortly after that trip. Blockett discovered that Elaw lived, in fact, for more than 30 years longer.

This year, Blockett will go on sabbatical, using funding from Harvard University and NEH to complete a book about Elaw’s personal life. She will also finish an annotated edition of Elaw’s autobiography.

“The only edition of her biography was published over 30 years ago and is not very user-friendly,” she said. “I’m publishing an annotated edition that professors can use in a classroom setting.”

The fellowships from Harvard and NEH will provide Blockett with time and funding to complete these projects. Blockett will have access to primary documents, field experts and other valuable resources onsite in Massachusetts and at the Harvard Divinity School.

“For both fellowships, the organizations bring in cohorts of fellows,” she said. “It’s like a think tank — a very intellectually stimulating environment—so I’m producing scholarship, but I’m also learning while I’m there.”

The fellowships also represent an ongoing interest in Blockett’s work by leaders in her field — a gesture for which she is grateful.

“When I got the Harvard fellowship,” she said, “I received a phone call from Ann Braude, the director of the women’s studies in religion program at Harvard Divinity School. I’ve been citing her work in my own research for years. She told me, ‘You’ve been working on this project for a long time and it’s important. We’d like to help you finish it.’ That was amazing — to be recognized by a person whose work has so greatly influenced my own.” 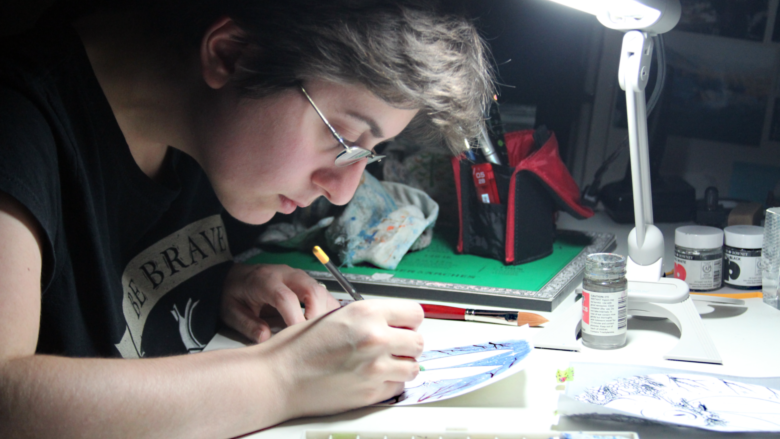