From snow to sunshine: Brandywine students study in Cuba over spring break 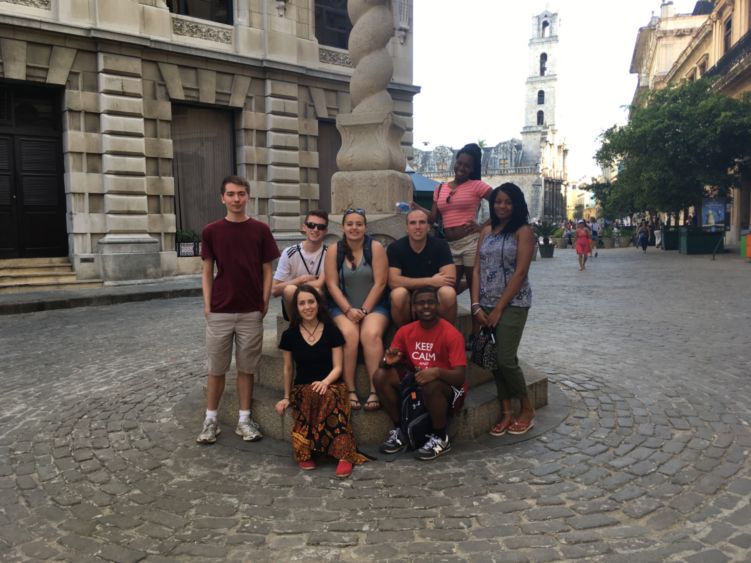 MEDIA, Pa. — During spring break, a team of Penn State students and professors ditched the Pennsylvania cold for a week abroad in Havana, Cuba.

The trip, which was facilitated by Penn State Brandywine Global Programs, supplemented two online courses: “Introduction to the Arts” and “Civic and Community Engagement.”

“One of my majors is international politics, so to learn about a government and social code completely different from the United States was incredible,” said Kelsey Bell, a University Park freshman who traveled with Brandywine Global Programs. “It was interesting to compare how our two countries handle similar issues, like healthcare and education.”

Students also engaged with the culture through outings to local farms, co-ops, restaurants and other venues. They took salsa lessons, walked through Havana with a group of street performers, toured a local environmental project and explored the city independently during their free time.

For Brandywine student Ezenwa Osuagwu, some of the trip’s most interesting learning experiences occurred during these outings.

“Cubans know how to have fun! The beaches were unbelievable, and the entertainment culture is fantastic,” said Osuagwu. “But you also learn a lot. There are lots of tourists at the entertainment sites — watching them was educational in itself.” 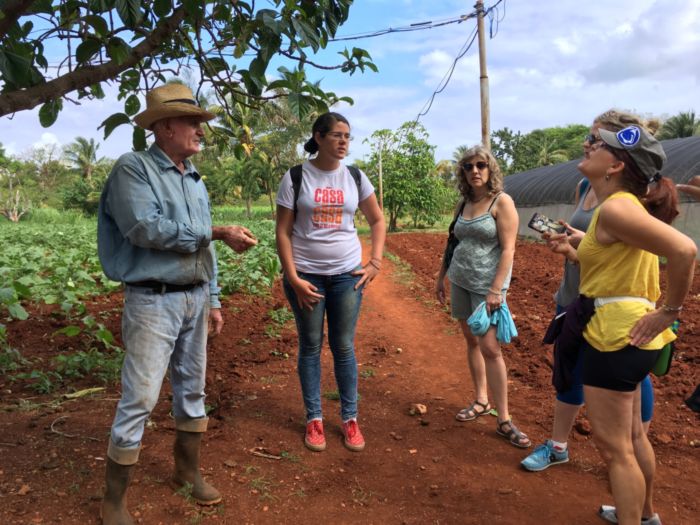 As he observed other tourists, Osuagwu was surprised by the number of Americans he met in Cuba — and by how Cubans have adapted to receive them.

“The amount of American tourism was a big shocker,” he said. “They were everywhere, even though the embargo is still in place. I thought it was interesting how American tourists — and for the locals, knowing English — are becoming a serious part of entertainment in Cuba.”

Lectures and group outings were not the only places where students learned to embrace Cuban culture. Instead of staying in hotels, the students lived in casas — local homes — and were hosted by Cuban families, most of which only spoke Spanish.

“From the minute our group arrived, we connected with families — not just tourist sites,” said Hartle. “It’s amazing to experience the culture by living with a typical family. It forced us to engage with people, to try out our Spanish and to adopt a different cultural perspective.”

While the trip focused on education, Brandywine faculty and staff also used the week in Cuba to explore ways that Penn State can connect meaningfully with Cuban social projects in the future. Brandywine Global Programs has already planned another study abroad trip to Cuba in 2018.

“This year’s trip was exploratory,” said Hartle. “We would love to see Brandywine become a source of ongoing assistance for Cuban social initiatives — to lead students in supporting the Cuban people not as outsiders, but as partners with the culture.”

Students on the Cuba trip praised the program for making global travel flexible and affordable, but the program coordinators also view the trips as a canvas for developing community and lifelong learning skills.

“The students were so enamored by the Cuban people that they willingly became part of their world,” said Hartle. “I watched them handle inconveniences with grace and help each other — just like the Cubans do. That sense of community is a huge part of Cuban culture, and I think the students will always benefit from their time as part of it."