Brandywine students kick off the fall semester with community service 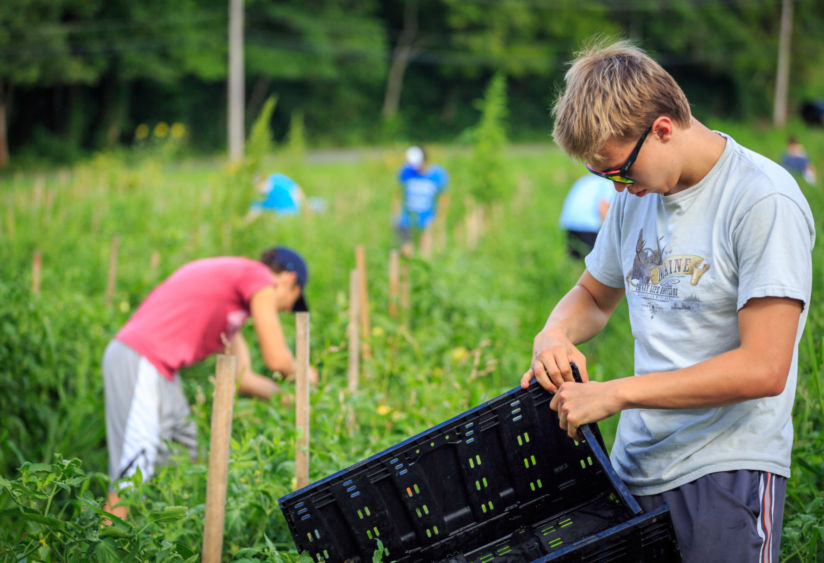 Penn State Brandywine freshmen picked and packed vegetables that were later donated to the Chester County Food Bank in Exton.

During the campus’s New Student Orientation, incoming freshmen worked in teams to make nearly 50 blankets for local community members in need. Later, the Penn Staters hand-delivered the blankets to Cityteam Chester, which provides support for people living in poverty by supplying meals, shelter and clothing. 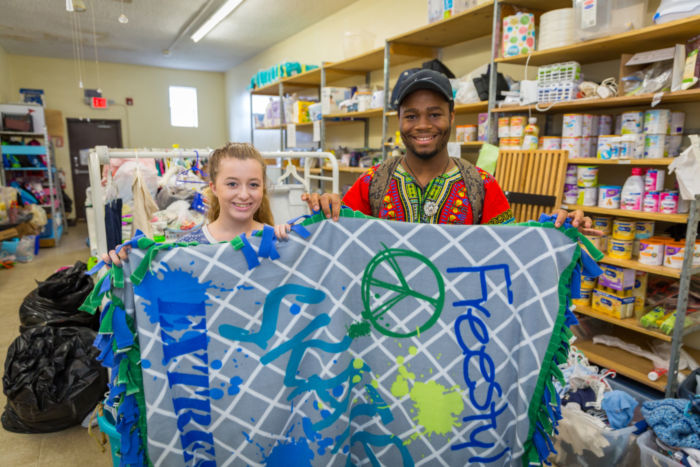 “I believe this service opportunity was meaningful for students because they were able to witness firsthand how the blankets they created would be utilized,” she said. “By delivering the items themselves, students learned about the resources and services provided by Cityteam Chester.”

First-year students in Associate Professor of Psychology Pauline Guerin’s Introduction to Psychology class spent a day volunteering their time at Pete’s Produce Farm in West Chester. The honors students picked and packed vegetables that were later donated to the Chester County Food Bank in Exton.

“As new students to Penn State Brandywine, teaching our freshmen the value of contributing to our local community is an important first step,” Guerin said. “We always need to know what our local context is.”

Penn State Brandywine Athletics started the 2016-17 athletic year with a community service competition. Each Brandywine sports team was tasked with collecting school supplies that were later donated to schools in Chester through the Second Time Around Parents program. In total, nearly 600 school supply items were donated by 150 student-athletes, and the women’s volleyball team won the competition with the most items collected. 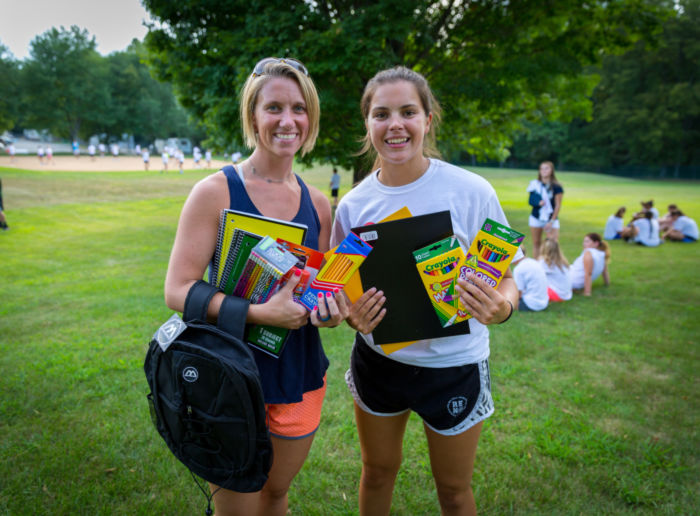 “It makes me extremely proud to see all of our teams come together for a good cause,” said Assistant Athletic Director Bobbi Caprice. “It’s important that our student-athletes not only succeed academically and athletically but also grow socially.”