Penn State Brandywine Chancellor Kristin R. Woolever welcomed 115 graduates and about 700 family members and friends to the spring 2016 commencement ceremony on May 7 in the Commons Athletics Center.

Penn State Brandywine celebrated the achievements of more than 115 graduates at its spring commencement ceremony on Saturday, May 7.

“Graduates, you have intelligence, enthusiasm and a fresh vision to give to the world,” Woolever said. “I am confident that you will succeed.” 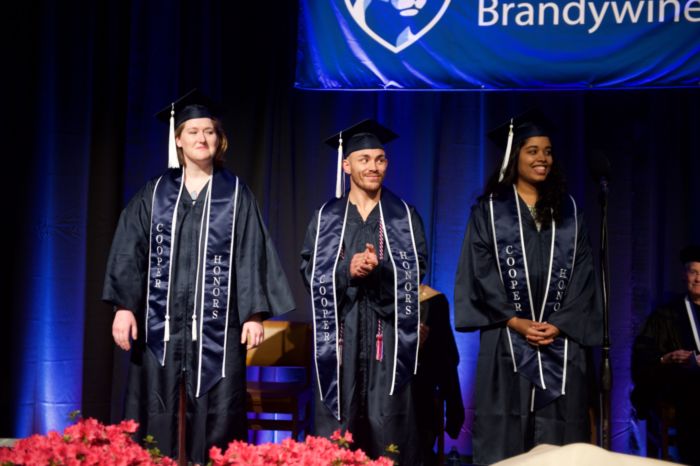 Jennifer Morgan, president of SAP North America, addressed the graduates and offered advice based on what she’s learned in her career.

During Morgan’s speech, she shared guidance she described as “simple” and not “generationally themed,” just everyday advice.

“We tend to assume, especially when we’re young, that there is some special knowledge for which we don’t have the password,” Morgan said. “When others think you’re ready, there is a good chance you are. My advice is, don’t worry about a secret playbook, take the leap! … Whether you’re running a company or starting your first job, the crucial thing is to be around people of ability and character, because they’re the ones who will make you better.” 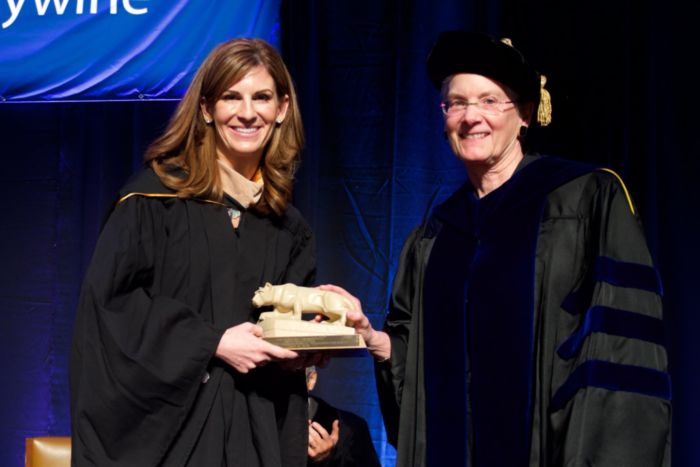 Jennifer Morgan, president of SAP North America, addressed the graduates and offered advice based on what she’s learned in her career. Chancellor Kristin Woolever presented Morgan with a Penn State Nittany Lion after her address.

As students received their diplomas, the long-standing Penn State Brandywine tradition began and students were able to take a few moments to share thoughts about their journey to graduation day.

“I never thought I would be able to go to Penn State,” Jessica M. Maginnis of Holmes, a human development and family studies graduate, said as she walked across the stage to receive her diploma. “But Brandywine gave me that opportunity. While here, I ran cross country and held many leadership positions. I also had the best classes with the best professors. … Thank you Brandywine for being the best school I could ever go to.” 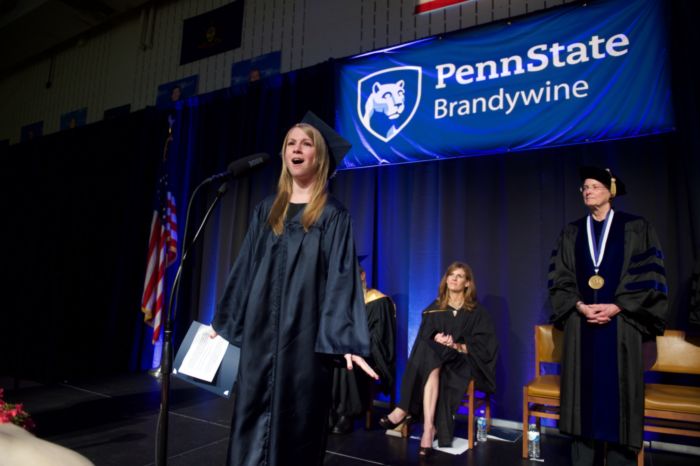 Jessica M. Maginnis of Holmes, a human development and family studies graduate, accepts her diploma and shares a few words with the audience.

Penn State awarded more than 13,600 diplomas to graduating students University-wide during the first weekend in May 2016. The Penn State family grows to almost 774,000 alumni strong.