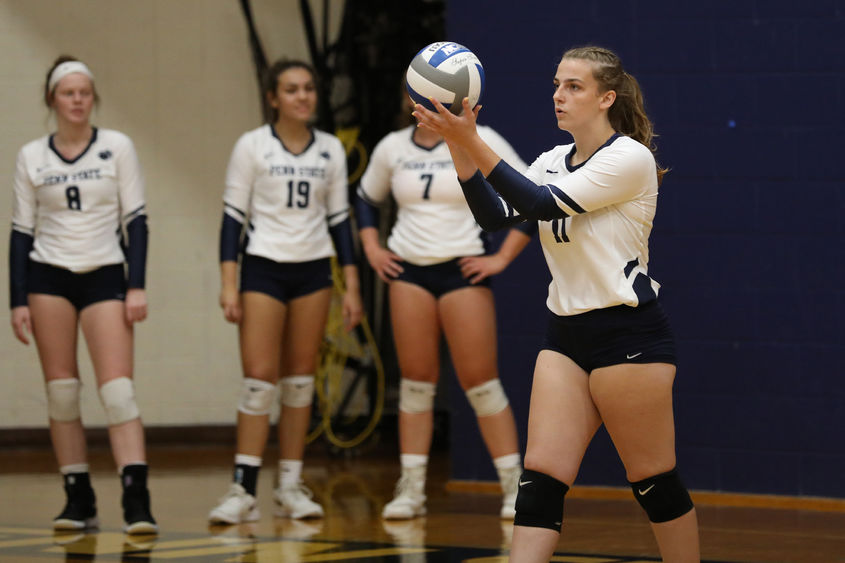 Brandywine: Why did you choose Penn State Brandywine?

Berry: I came from South Korea, where I lived since seventh grade, and went to an American school on a military base. Penn State was actually my No. 1 choice and then the location of this campus was the best fit for me. And also the fact that I could transition in between campuses or do the 2+2 program if I wanted to.

Brandywine: Have you faced any challenges transitioning to college?

Berry: I think the biggest challenge is finding my own schedule and managing things on my own, as far as money, classes and grades. Also, being so far away from my family is one of the biggest things. Just not having that outlet 24/7, especially with the time difference. But other than that, especially at Brandywine, meeting new people was a lot easier than I thought it would be.

Brandywine: What's the most valuable lesson you've learned so far at Brandywine?

Berry: I guess because my family is so far away, the most valuable lesson I've learned is that you have to keep your priorities straight and you have to be on top of yourself because no one else will do it for you.

Berry: My goal is to become a federal agent in the behavioral analysis unit in the FBI. Also, in my past, I watched other people go through therapy. I want to be able to help people in that sense and be someone that they feel they could come to and help solve their problems.

Brandywine: How has Penn State Brandywine supported you?

Berry: The teachers are really supportive. If you miss a class, when you email them, they're very supportive. The people are really welcoming — staff and students. And there's a lot of help if you don't understand things. There are a lot of people that are willing to help you.

Berry: I was a gymnast in elementary school. Then in Korea I found a lot of new sports, like volleyball and softball. So when I realized I could join the team here, I wanted to play college volleyball. It was something that I became interested in when I got here.

Brandywine: How has being a student-athlete influenced your experience at Brandywine so far?

Berry: I have to have my priorities straight for one thing. So school first and then volleyball. And it also helps with my schedule because volleyball isn't a fluctuating thing, except for games. I know I have practice 5 to 7 p.m., and I have classes on certain days. As far as homework goes, it's helping me to actually do my work ahead of time knowing that I'm not going to want to do it when I'm on the bus or I'm not going to want to do it after the game.

Brandywine: What was it like moving to South Korea?

Berry: I love Korea. I would go back any day. The first thing that I noticed was the language. That was the biggest thing, not being able to read everything and not understanding what people were saying. I learned some of the language, so I can speak it. The culture is really different, as far as food goes and personal space. Seeing a new side of everything really opened me up to a lot of different cultures. And I feel like I'm way more understanding now than I was before.