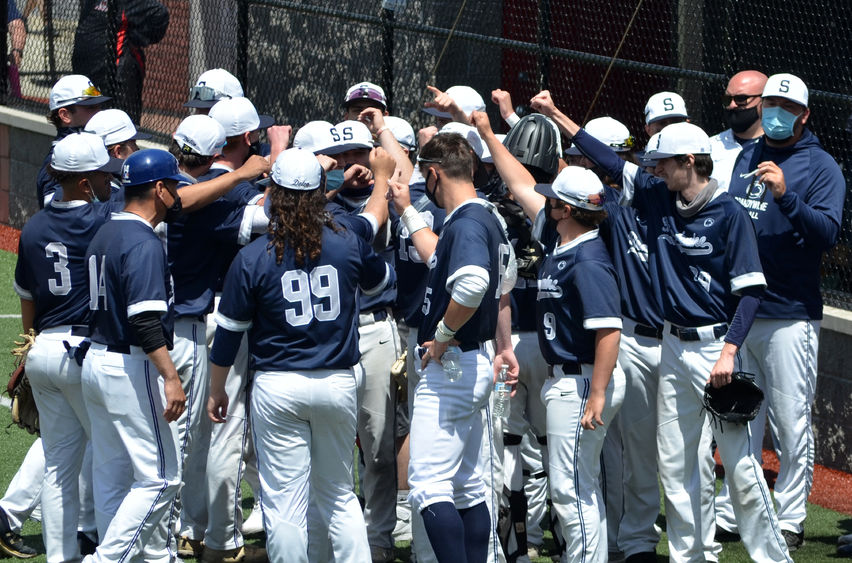 The Brandywine baseball team huddles prior to its first-ever USCAA World Series game.

Since 2008-09, the PSUAC Chancellors' Cup has been awarded annually to the campus that performs the best across the board in the league's 10 sponsored sports. Points are awarded based on championship finish and final standing in each sport. Due to the pandemic, points were awarded in three sports this year: baseball, softball and golf.

Brandywine produced 23 total points to claim the top spot for the fifth time in the cup's 13-year history, matching Penn College for the most cups all time. Brandywine has finished in the top two of the award's final standings in 11-straight years.