Brandywine students go from classmates to friends to husband and wife 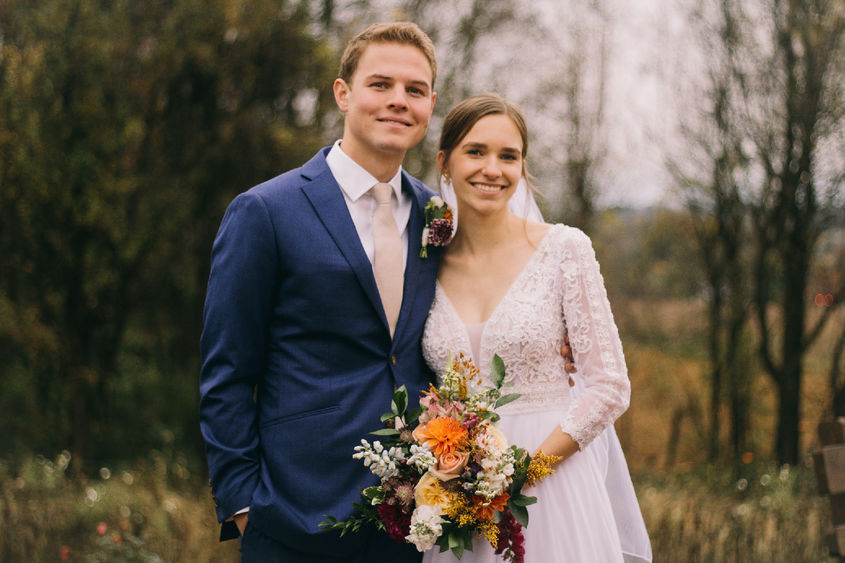 MEDIA, Pa. — When Caleb Madison and Katya Iatsenko sat next to each other on the first day of their freshman honors English class, neither imagined that they had just met their future spouse.

“I turned to Katya and said, ‘Do you want to work together?’ And apparently, she said no, but I thought she said yes,” said Madison.

“The next class I came in late and the only seat open was the one next to him,” said Iatsenko.

When Madison asked her what topic she wanted to write their paper on, Iatsenko conceded to working together. However, the assignment required writing about a social issue, which they quickly learned they held opposing views on.

“It was interesting because we were able to talk about why I didn't agree, and then I was able to show her that I still understood her perspective because I wrote the paper arguing her point of view. We got an A,” said Madison.

Despite their differences, Madison and Iatsenko said they found common ground in their curiosity and desire to understand each other. Both joined the campus’ Nittany Christian Fellowship club and eventually came to share a common faith, which became the foundation for their future.

The summer after their freshman year, Madison was working at a summer camp in upstate New York where the primary form of communication was by mail. After many letters between them, Iatsenko admitted she had romantic feelings for him.

“Katya was honestly one of my best friends in the whole world at this point,” said Madison. “She was such an integral member in my life, but I didn't necessarily want to date her.”

But, by the beginning of sophomore year, Madison experienced a kind of divine intervention: “I was plagued with these dreams of Katya and me hanging out — every night,” he said.

After much prayer and reflection, they decided to give dating a chance. The two met in Brandywine’s campus garden and became a couple.

Their relationship stood the test of time and distance, including the summers Madison spent working off the grid and Iatsenko’s semester abroad in Singapore and transition to University Park.

Ironically it was the COVID-19 pandemic that brought them back to the same zip code and closer in their relationship. With Iatsenko back at Brandywine, the two began studying together daily.

“For months, we just spent every waking moment together,” she said.

“We had the opportunity to be near each other for the first time since we were best friends,” said Madison.

That summer Madison decided to propose. He invited Iatsenko on his final hiking trip of the season. They hiked through some of the highest peaks in the MacIntyre Range of the Adirondacks in New York, all the way to Mount Colden, where he asked her to marry him.

On their wedding website, the two wrote: “God brought us into this relationship kicking and screaming, but now we are going into this marriage jumping and singing.”

The couple became husband and wife in an outdoor ceremony on Nov. 1, 2020.

Madison graduated in December with a degree in psychology and is currently working at C.A.R.E. Counseling in West Chester, Pennsylvania, while becoming a drug and alcohol counselor. Iatsenko, who is set to graduate in May with a degree in biology, is currently working as a pharmaceutical technician at Chester County Hospital and is looking forward to pursuing a career in public health.