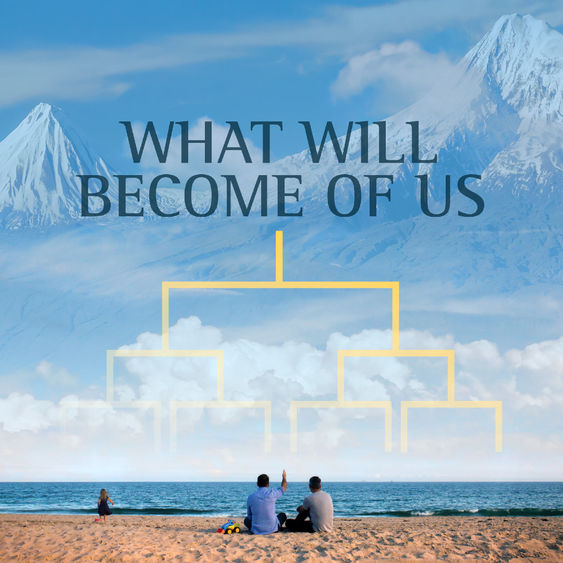 MEDIA, Pa. — A documentary co-written by Mary McDermott, an adjunct instructor in English at Penn State Brandywine, about the 100th anniversary of the Armenian genocide will air on Philadelphia’s public broadcasting station WHYY at 7:30 p.m. on Dec. 8.

"What Will Become of Us" follows six Armenian Americans — famous and otherwise — as they navigate the 100th anniversary of the genocide, which began in 1915. According to the film’s website: “Their struggle speaks to the many immigrant communities who have experienced trauma. 100 years ago, Armenians were nearly annihilated by genocide. Today, often unrecognized, it remains defining — while the long shadow of the genocide creates a burden for young Armenian Americans, discouraging them from taking up their culture.”

The project began as producer/co-director Stephanie Ayanian, a Penn State graduate, took the idea of making a film about Armenians in America to her filmmaking partners, Joseph Myers and Tom Keiter, also Penn State alumni. According to Ayanian, they decided to make a film that grappled with the long shadow of the Armenian genocide but was also forward-looking, one that would examine what brought Armenians to America, what they have accomplished since they have been here, and the bright path that lies ahead in their future.

The film was co-written by McDermott and Greg Feinberg.

“Stephanie is a dear friend from my Temple MFA cohort,” McDermott explained. “Before working on this documentary, I thought I was aware of the many accomplishments of Armenian Americans thanks in part to our very long friendship. I also thought I knew about the horrors of the Armenian genocide. But I realized after working on this project for over a year that I had previously known only a little about the trauma and hardships Armenians endured.”

“This film has deepened my appreciation and respect for Armenian Americans — for their indomitable strength — as well as for the people of Armenia,” McDermott added. “I find the people in this documentary and their work incredibly inspiring.”

McDermott is a writer and an occasional filmmaker who has placed in festivals, including as a top-10 finalist in Slamdance's feature screenplay competition. She holds master’s degrees in film and media arts and English. At Brandywine, McDermott teaches film and communications courses including Cinema Art; Identity, Citizenship, and the Rhetoric of American Horror Film; Film Theory; and English Composition.