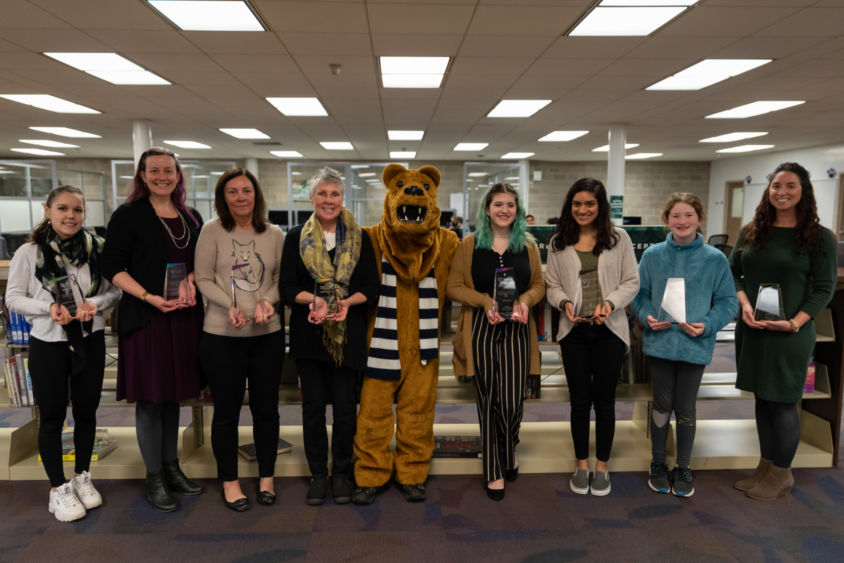 Open to all genres of writing, Nature Narratives participants were asked to write short stories about their thoughts and experiences in nature and the connections they observe between human civilization and Earth. The contest was open to Brandywine students, faculty, staff and alumni, as well as staff, members and visitors of Tyler Arboretum. Local community members under the age of 18 were also invited to enter the contest.

“For me as a scientist, this was a nice way to get everyone to think about, connect with, and reflect upon the world around them,” said Laura Guertin, professor of Earth science and co-chair of the Sustainovation Team. “The nature theme was a connection for us to the upcoming 50th anniversary of Earth Day, and a theme we knew would also appeal to our Sustainovation partner, Tyler Arboretum.”

“One of our main goals was to inspire new writers and members of our community who don't think of themselves as writers,” added Head Librarian Teresa Slobuski, who helped organize the program.

All submitted stories were published in Brandywine’s short-story dispenser, located in the campus’ Vairo Library. After choosing a story length (one-, three- or five-minute stories), the dispenser prints free, original works at the push of a button.

“Due to the short format the dispenser platform affords, we hoped it would be more approachable for new writers,” Slobuski said.

“The dispenser was the centerpiece of this entire project,” added Guertin. “It gives us a new way to showcase and celebrate the joy of reading and writing.”

On Jan. 22, Brandywine hosted an award ceremony and reception to honor the winning authors, who had the opportunity to read their short stories to event attendees.

“This was one of the best campus and community events I have been a part of during my time at Brandywine,” said Guertin. “We were a room full of mostly strangers who came together to celebrate our creative writing. The partnership between University Libraries, the Sustainovation Team and Tyler Arboretum was a win-win-win.”